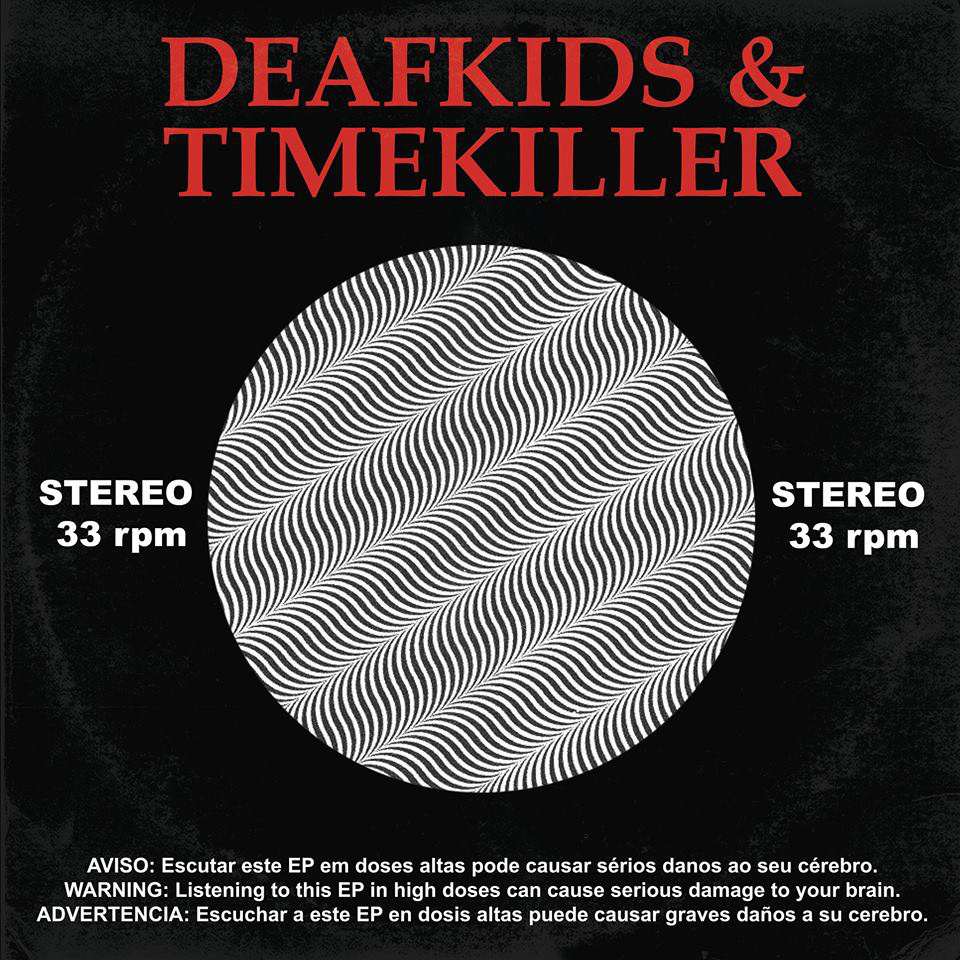 Hello fellow adventures of the internet, hopefully if you just clicked on this article because you’re ready and willing to let the most rockin sounds of Brazil punch a hole through your worthless fucking face!

Lately I’ve had the pleasure of reviewing the art of many bands from outside of the US. It has been a real honor, and so far nothing that I have had to review has disappointed me. Normally, when I think of Brazil, the first thing that comes to my mind is jiu jitsu and the Gracie family. However, after hearing the Deaf Kids/Timekiller split, arm bars and leg locks are the furthest thing from my mind. While Deaf Kids definitely bring a more raw punk/d-beat kind of sound to the table, Timekiller‘s music gives off a much more sex, drugs and rock ‘n roll kind of vibe. For fans of bands like Ripper, EEL, and Scumraid, this split will be your new god!

The recordings are raw, and present listeners with an authentic DIY type of feeling. The vocals for Deaf Kids are an onslaught of sound, and the riffage from Timekiller will have you railing coke off of male strippers in no time! These bands’ dual function as both the soundtrack to wildest party and the most brutal of uprisings. If you like a good dose of anarchist politics with your party tunes, then I think you may have found the greatest split currently in existence. It really is a shame, because a lot of bands that put records out these days often keep their opinions on various issues private. Much to their credit, both bands on this split make their politics known on this record, and several others they have done in the past.  Deeply rooted notions of distrust and contempt for the state can be found in these recordings, and the sheer bluntness of both band’s lyrics is something that’s sorely lacking in music scenes around the US. Seriously, what are you and your allegedly leftist friends doing today? I’ll tell you – you’re gonna put this fucking split on, dress in black, and go smash the state!! Never forget comrades, the hand that feeds is the hand that’s keeping you down.