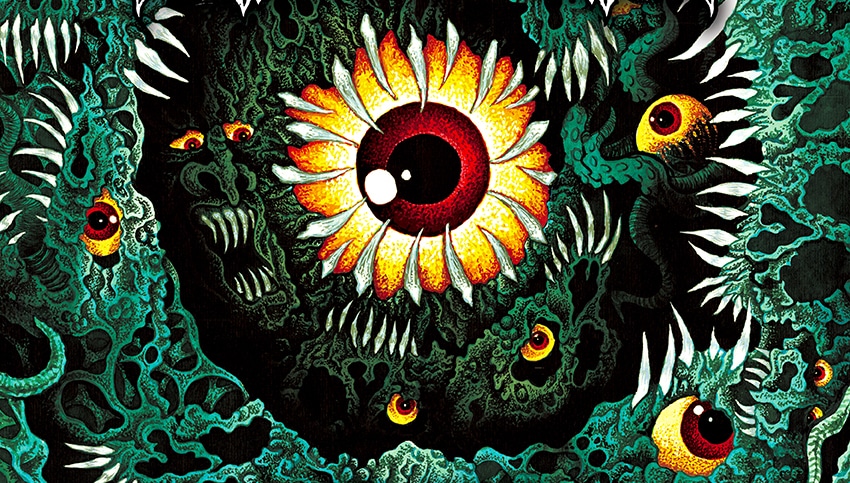 I say this with my chest! I say this with every breath in my body! FUCK RACISM, FUCK AMERIKKKA, and the Torture this country was founded on. Old white men have exploited people of color for centuries, and don’t get it twisted—the United Kingdom is guilty as well. Cardiff’s Thomas Picton was a brutal slave owner, and until recently, had a statue celebrating him in the city center. Today I woke up seeing photos of Black Haitians being beaten and whipped by white US Border Patrol Pigs on horseback and they remind me of old drawings of enslaved people being beaten by the white slave patrols.

I won’t lie and say that I’m not dealing with trauma today caused by a lifetime of living Black in white supremacy. Right now I’m using the caustic sounds of the new RAZOREATER record PURGATORY that comes out on Sept. 24th via F H E D as the soundtrack to my RAGE! I wish with all of my might that I could use their sharp piercing riffs as Anti-Racist weapons of fury and whip those Patrol Pigs off of their horses. Actually, I want to see their skulls burst as I plug them into the RAZOREATER’s track “SET FIRE TO THE PREACHER”! This Cardiff band is killing shit on their debut and they don’t believe in creating songs for weak hearts. Today was not an easy day, but I am stoked to share PURGATORY in full below and you can pre-order it here! I killed no white supremacists while writing this feature—all of the carnage took place in my mind!