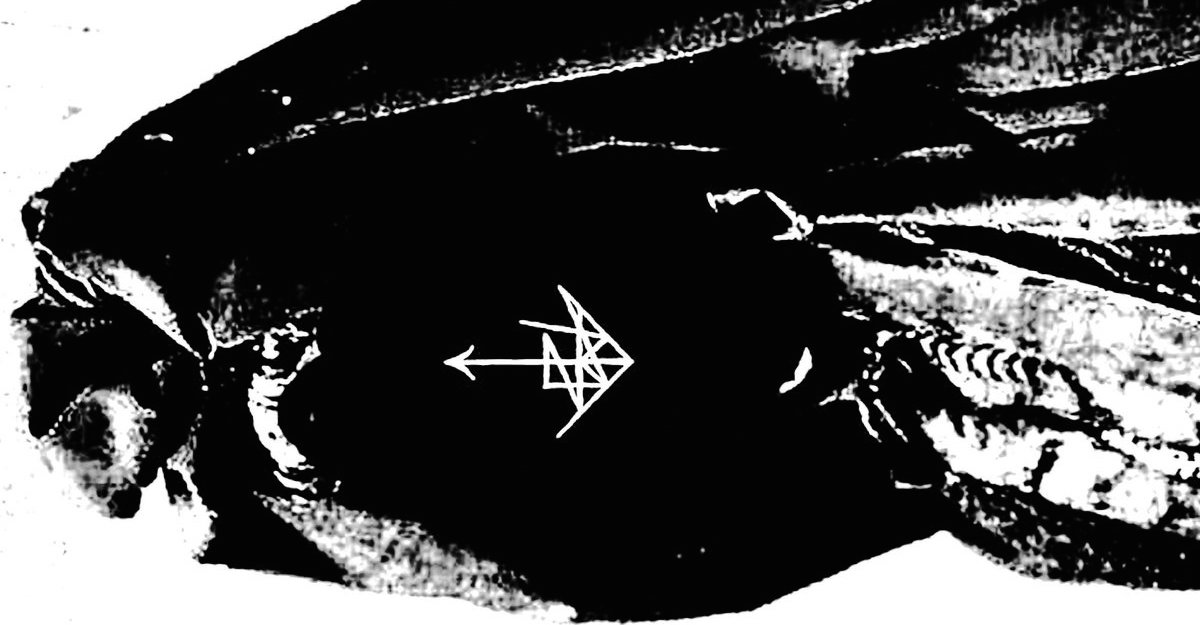 Like a serpent slithering across desolate rock and sand, Amnutseba’s screeched whispers have the rasp of a Rattlesnake’s vibrating tail, fitting for a predator that writhes in the most challenging places to survive the forces of nature.

The band doesn’t just stay on the blastbeat section that opens up the album.  Like a blossoming Cobra plant, its flower is treacherous and alluring.  As it blooms in full measure, it quietly traps insect after insect that it lures like a siren singing to seafarers ashore.  The riffs morph through abstract tempo changes and un-formulaic songwriting.  The music evolves and in less than twenty minutes of runtime, the band devour a full meal’s worth of listeners estranged from mainstream music.  The band is called Amnutseba, and this demo is one of reliable labels Caligari Records better releases this year.

Black/death metal is seeing an explosion in underground circles.  Many consider it the next wave of underground phenomena since death metal surged in the late 80’s and black metal formally introduced second wave stylistics in the 90’s. Amnusteba combine the ringing notes with death metal innuendos all throughout their demo.  Be warned, because many fans of mainstream metal will ultimately pass this up for the next major label black/death band among the first to sell out to the mainstream masses.  Amnutseba will not be one of those bands.

The sound here is raw, with necro production at the forefront.  The bass can’t be heard.  The drums are little more than gentle thuds.  The guitars feature razor-sharp rung notes echoing like the sound of a hacksaw cutting steel.  The vocals are hoarse cavernous raspy whispers that foretell of occult lore and destruction.  In tape format, this release must slay with hitman-grade deftness and skill.

The music is obscure, not catchy, and the runtime is perfect for a release of morphing, transfiguring song structure.  Believe me when I say this.  Amnutseba is a promising band, and Caligari Records should be given due credit for releasing the most obscure music on the planet in cassette tape format.  If you live and breathe underground black metal that will be challenging to appreciate for the lack of overused, borrowed music on a release, you must check this out.