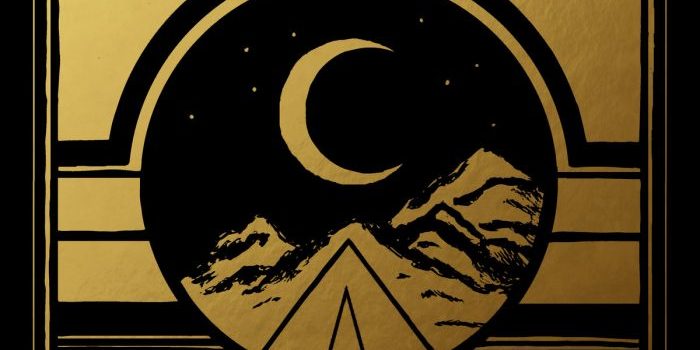 Portland post-punk band Shadowlands are finally releasing their highly anticipated sophomore album on This-A-Way Records, and Cvlt Nation is excited to premiere it here first! Featuring members of Murderbait, the members collectively have roots in Portland, Chicago, LA, and Kansas City. What really sells Shadowlands for me is lead singer/songwriter/keyboardist Amy Sabin, whose angelic vocals give an epic, surreal feel to the darkwave they put out.

002 opens up strong with “Newborn”, an eerie track where the main focus is Amy’s powerful, heartfelt vocals. The musics, especially from the guitar, makes me think of what Bauhaus would sound like if they leaned on shoegaze. Setting the tone for the rest of the album, this is the epitome of Shadowlands’ overall sound we’ve come to know and love and reminds me most of the 001 release. One of my favorite songs on 002 is “The River”, which is probably the most synthpop styled song Shadowlands has created and a refreshing surprise on the EP! It has a catchy keyboard line I can’t get enough of. Featuring dual vocals, it’s an impressive combination of synthpop and dark post-punk.

“We Cannot” has a more upbeat goth rock feel alongside a sad, beautiful keyboard line. Once again using dual vocals, the song manages to pull off being both bleak and danceable. The guitar lines in this one are fantastically dark and badass. “Charming Tyrant” is my favorite track on 002 by far. The first minute feels like a low, ominous soundscape, but then it bursts into the most fast paced music on the EP. Drummer Casey leads on vocals for this one, although Amy’s vocals are present for most of it as well. The chorus is fantastic, particularly the guitar and keyboard lines. 002 ends with  “Possession”, which somehow has a bit of a 90’s Siouxsie vibe to it, although that feels very accidental. It has the most shoegaze elements on the album and feels like a great choice to finish the EP out as it also has the most uplifting vibe to it. 002 is overall extremely genuine, each track feeling very carefully constructed into a beautifully dark masterpiece.

The official release date for 002 is this Saturday, March 17th.  They’ll be playing at the Doug Fir Lounge in Portland for their EP release show along with Daydream Machine, The Orange Kyte, and The Young Elders. You definitely don’t want to miss them if you’re in town!