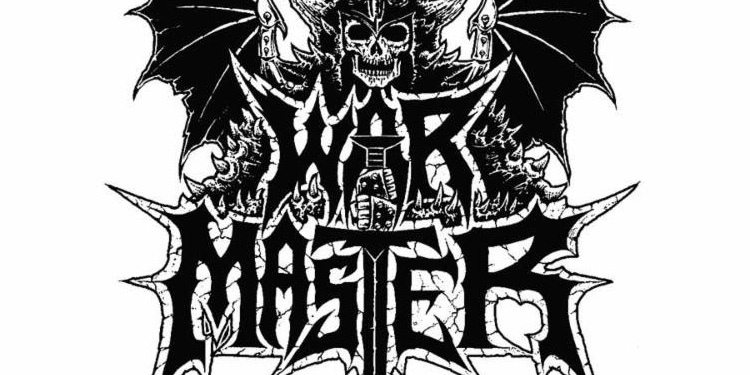 Houston, Texas’ War Master is a band CVLT Nation readers should be familiar with. In 2014, I had the pleasure of reviewing their release on tape entitled Blood Dawn, heaping plenty of praise for it. Now, two years later, War Master is back with their latest salvo – a demo of some previously-released and unreleased material from the last two years. Here’s how they fare:

War Master is known for their very well-executed Bolt Thrower homage, particularly in their first full-length album, Pyramid of the Necropolis. Enter their demo for 2016 and War Master no longer sticks to the strictly Bolt Thrower worship that they started out with. Instead, they add a touch of Floridian death metal to their attack, incorporating more fast segments into their songwriting style.

New drummer Dobber Beverly should be properly introduced to long-time fans of the band because he brings his A-game to Demo MMXVI. His fill-ins and blastbeats are impressive. He brings the band drumming deserving of a tip-off with Pete Sandoval and the perennially underrated Steve Asheim of Deicide fame.

Truly, this new cast of War Master is an upheaval of its ranks, starting with new drummer Dobber Beverly and rounded out by new guitarist Andreas Conterras. Guitarist Neal Dossey and vocalist R.G. War Minister are returning veterans. The riffs and drums see a vast improvement from the earlier albums as a result of the infusion of new blood into the band. More than simply re-vitalized, War Master sounds like they’ve committed themselves to sharpening their skill set considerably. The songwriting sees some stellar improvement. No longer limited to slower lurching rhythms and occasional thrashpace death metal made known by early Bolt Thrower, some of the riffs here are catchier and more complex. Although the riffs are not technical in nature, they do sound trickier to pull off. The leads are certainly much more impressive on Demo MMXVI than they were on previous releases. The rhythm section is tight through fast-paced chugging and transitions. The bass wraps around the bludgeoning beats like a bloody latex glove. There’s a pronounced attempt at varying the tempos and using more original riffs throughout the six tracks on Demo MMXVI. It also helps that the production captures the instrumentation admirably. The rhythm guitar sounds thick and chunky. The production values on the drums provide enough clarity to lend a visceral impact to the quality performance.

Songwriting dynamic is quite stout on Demo MMXVI. Each song transitions perfectly into the next one, from first track to last. Predictably, but without failing to impress, the last track is a slow banger that punctuates the effort with resounding success. There’s not a single track here that is slow from start to finish. The band mixes moods nicely and chugging riffs make way to shreds on blastbeat sections with marked precision. There’s not a track that’s out of place or underdeveloped. War Master wants what any death metal band would ultimately seek with fervor – making essential death metal for the discerning fan.

I highly recommend this demo to fans of the band, or to fans of death metal in general. Old-school in style, with some of the best aspects of modern production polishing the material, War Master’s Demo MMXVI is a lethal resurgence of old-school death metal hallowed by death metal maniacs and CVLT Nation fans the world over. You just can’t go wrong with War Master!

Stream at your own peril!