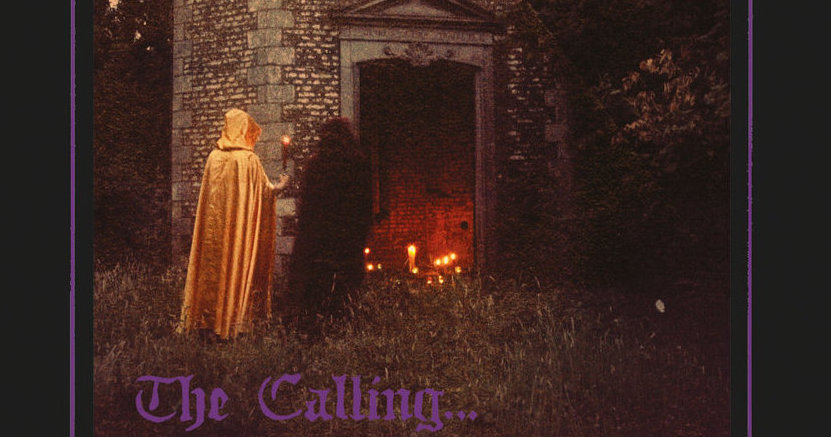 Nuclear War Now! Productions has provided the underground scene with a steady gait of quality releases over the years, none of which ever get much adoration from mainstream fans. Bring Me The Horizon will never release a record through NWN! and that’s why we love this label so much at CVLT Nation. NWN! Productions epitomizes the trve, quintessential underground label for music fans with discerning tastes. For underground black metal and death metal, there are fewer options that will suffice more than NWN! Productions’ roster of releases.

The same can be said of another understated, underappreciated underground gem in Necromantic Worship’s second demo on cassette, the vastly entertaining ritualesque black metal demo, The Calling. Out of the gate, this brings back memories of early dungeon synth-laced black metal the sort of which never fails to put a smile on a jaded fan’s face. This isn’t Danzig’s Black Aria II after all. The keyboard segment sounds like chanting in a nunnery. Before long, the band dive headlong into blastfest black metal similar to that of NWN! Productions alum Xibalba Itzaes.

And while the intro may scare fans of CVLT Nation-certified albums that seldom delve in ambient touches, the intro isn’t a deal breaker. It’s concise, well-done, and well-conceived. No bedroom black metal here. Lyrics for The Calling draw inspiration from Chthulu Mythos, while the cover proves to be just as inviting as the music.

Track two is an interlude, a break from black metal minor chord tremolo-riff worship. It’s more of the same keyboards again, and followers of my reviews know just how irritating I find ambient interludes, so if this one doesn’t make me hurl a promo copy across the room, take notice that I find the music interesting enough to tolerate the non-metal dungeon synth sections. Moving on.

The solos are quite notable on tracks one and three, and good solos tend to seldom come from black metal records. It’s a high point that will inspire some students of the genre to practice their instruments. That’s not to say that Necromantic Worship play Van Halen-rip-off leads on The Calling. The solos are welcome additions to the music, and aspiring musicians should quit copying the worst records in black metal history, the sort of records that take heed from Burzum’s Hvit Lyset Tar Oss classic.

It does sound like the band’s main riffs hover around the sixth and fifth strings, in that the guitar tone is a little downtuned. The riffs aren’t permafrost-coated icy renditions that second-wave black metal progenitors used in large amounts. It almost sounds like blackened death metal to me, with vocals that are similar to hoarse whispers instead of the typical raspy black metal screeches or death growls. Tracks one and three deserve special mention yet again, for being standout tracks. Track four, title-track “The Calling,” is more ambient worship music. While fans of gimmick-free black metal mastery refrain from praising albums chockful of these cinematic instrumental pieces, this track sounds quite like Absu side-project Equimanthorn from the nineties. If you like that stuff, this demo will put an end to your self-inflicted depression.

Track five, “Faceless Gods,” brings back the quality riffing and the music Satan loves the most. The track drudges and blasts. The twin guitar harmonies start at a slower pace before the pace picks up, and the hoarse whispers sound a little more persuasive. The main riff morphs into a cascade of other riffs, and the keyboards brings back the competent use of atmospherics. The tempos change and the song ultimately ends sooner than desired.

Five tracks all-in-all, Necromantic Worship bowl over many bands signed to major labels with this demo cassette. Black metal in the nineties circa second-wave has been done to excess, but Necromantic Worship put a nice spin on the basics. This black metal demo brings back memories, and the band has put enough quality music on this release to warrant more releases from NWN! Productions. Tape lovers especially should not pass up a cassette tape worth the price of admission. Acolytes of good underground black metal will pay attention. Don’t believe me? Stream the demo here at CVLT Nation and formulate your own unworthy opinion. If you don’t require an introduction to NWN! Productions, you’ll have your copy of The Calling available at a moment’s notice, so support good underground black metal above all mainstream metal records, and proudly attest to true black metal heritage.