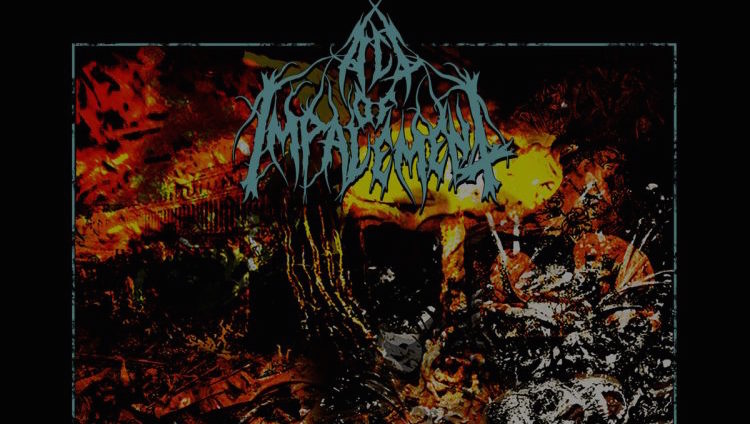 Act of Impalement are a death metal band from Nashville, Tennessee. This is their first full length following a couple of demo’s and EP’s. A few things that instantly stood out about this album are the production, and transition’s that beat the listener into oblivion.

The production on this album has such a raw sound without sacrificing the use of their instrumentation. It has been a long time since I have experienced an album with raw production that doesn’t sound like the band is hammering tin cans for drums. I applaud the band for keeping the album’s sound classic yet unrelenting and heavy.

Out Now on Caligari Records The transitions the band makes from blast beat to breakdown and back are extremely tight and almost unpredictable. The bands ability to throw the listener into a frenzied pit of screaming guitars, and furious blast beats only to slam them into a nasty breakdown is jaw dropping. There is no warm up to the break in rhythm, no warning for the listener, making headbanging fun and an adaptive process. The band takes an old-school  death doom approach to their sound, which is so refreshing with the current over-saturation of death metal bands that focus on speed and technicality. Instead of just vomiting the same sound of their influences (Autopsy, Hooded Menace) they alter it and bringing in an organic blend of destruction that will leave any listener with a sore neck, and scrambled mind. The vocals on this album are incredible. They are guttural, and sound like they have emerged from the depths of a blood soaked cave. I love the added touches of echo and distortion on the vocals that just seem to add to the raw atmosphere the band has created. I have to say that this album has made it onto my favorite albums of this year. I look forward to hearing from this band in the future, and believe that they will make themselves a name in the underground.