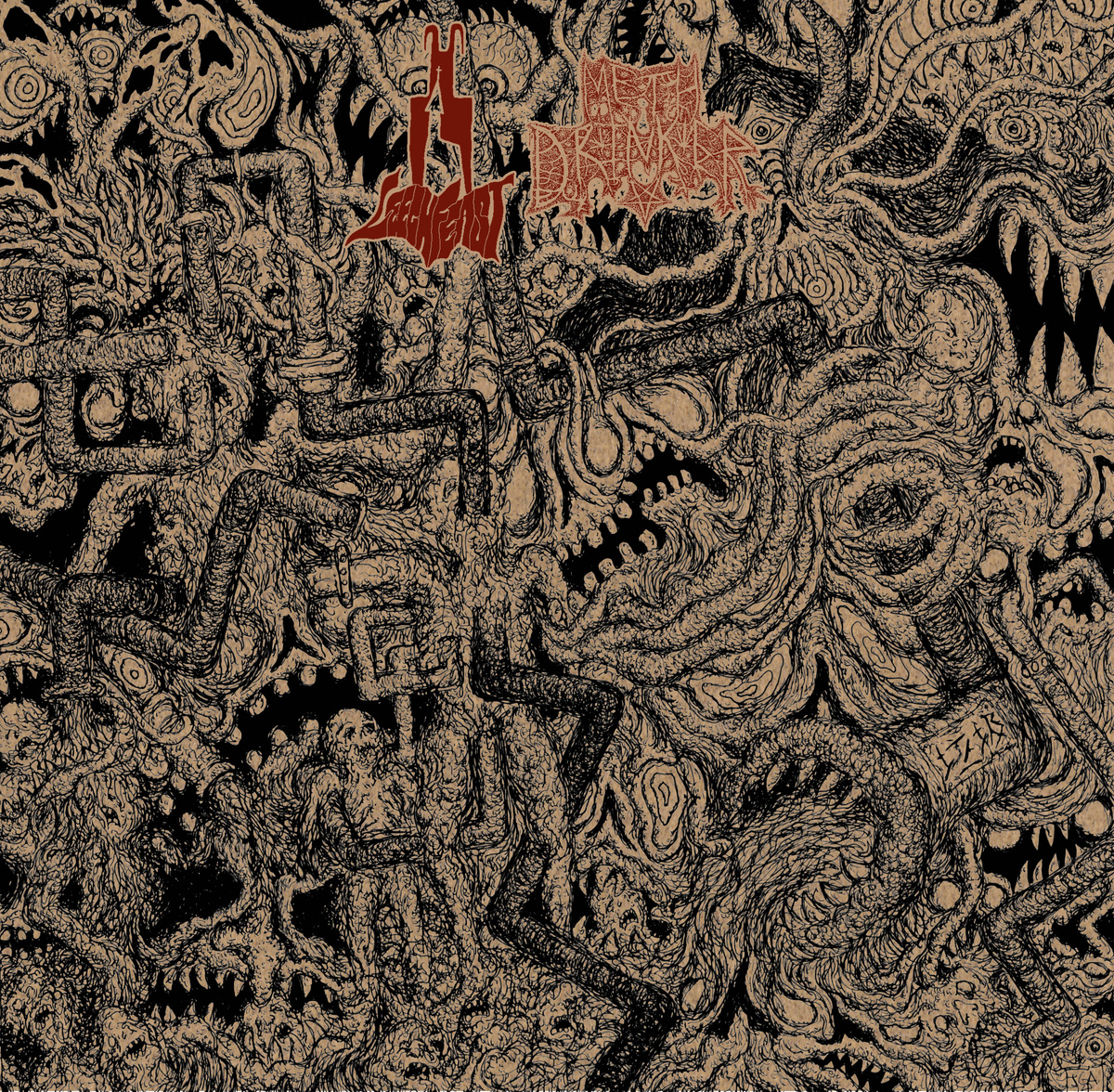 What could you expect from a split from Dry Cough Records and Raw Birth Records? Well, anyone familiar with these two labels should know that they are worshipers of absolute filth like noothers. Their releases aren’t really focused on any hip or genre-defying pseudo-metal releases. Rather, these two labels choose to focus on raw and fucking disgusting doom and sludge for the most part. Keeping faith to this tradition, these two labels now bring you a 12″ split featuring Slovenia’s Leechfeast, and New Zealand’s Meth Drinker.

These bands have been featured on these pages before (also here and here), so in theory need no real introduction. However, if you missed out, think of these two bands in these terms: if you were snatched by a giant, undead zombie slug-spider, who then wrapped you up in a web of acid-dripping filaments and turned you into a stinking and mummified cocoon, well, the soundtrack to such a hallucinating ordeal could be this split. Leechfeast kick things off with a nine-minute funeral crawl through a hellish slime bog. Ten minutes in, influences as diverse as Whindhand, Electric Wizard, Moss and Cough come together to encase the listener in a completely doomed and sulfurous sarcophagus of feedback. Ten drooping, oozing minutes of slow and rotting descent into complete stoner/doom psychedelic coma. A track that is more a trip than anything else. Absolutely harrowing in its putrid immensity.

The flip side spares nothing of what remains of the listener’s ear drums and soul after having had to crawl through Leechfeast’s side. Meth Drinker steers the heaviness from the psychedelic and intoxicated realm of things that Leechfeast subjugated us to, into the territory of the completely wretched, misanthropic and malignant. Their track titled “Sewer” opens up with an evil and corroded bass drone, before picking up the pace and shoving the listener’s head into a vat of putrid bile with immense pounding force. Standing somewhere between Iron Monkey, Eyehategod, Corrupted, Primitive Man and Buzzoven, these three sonic sociopaths from New Zealand are the authors of some of the most hateful, evil and fucking malignant sludge ever to reach human ear. Nothing of this band’s music shows any will to be refined or showcase any kind of aesthetics. These riffs are just total and utter disgust. Vile, crude and morbid slabs of hate, pounding the listener’s skull into a pulp of suffocating hate.

Get this sewer-dwelling and scary as fuck split HERE 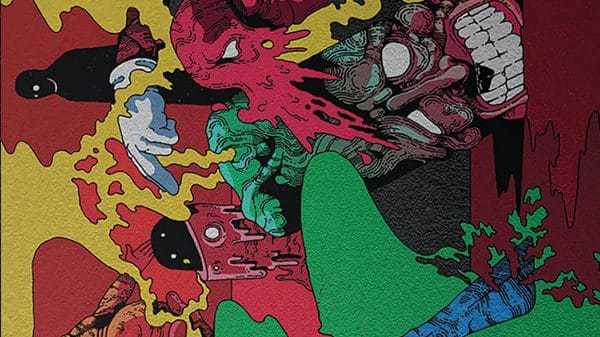