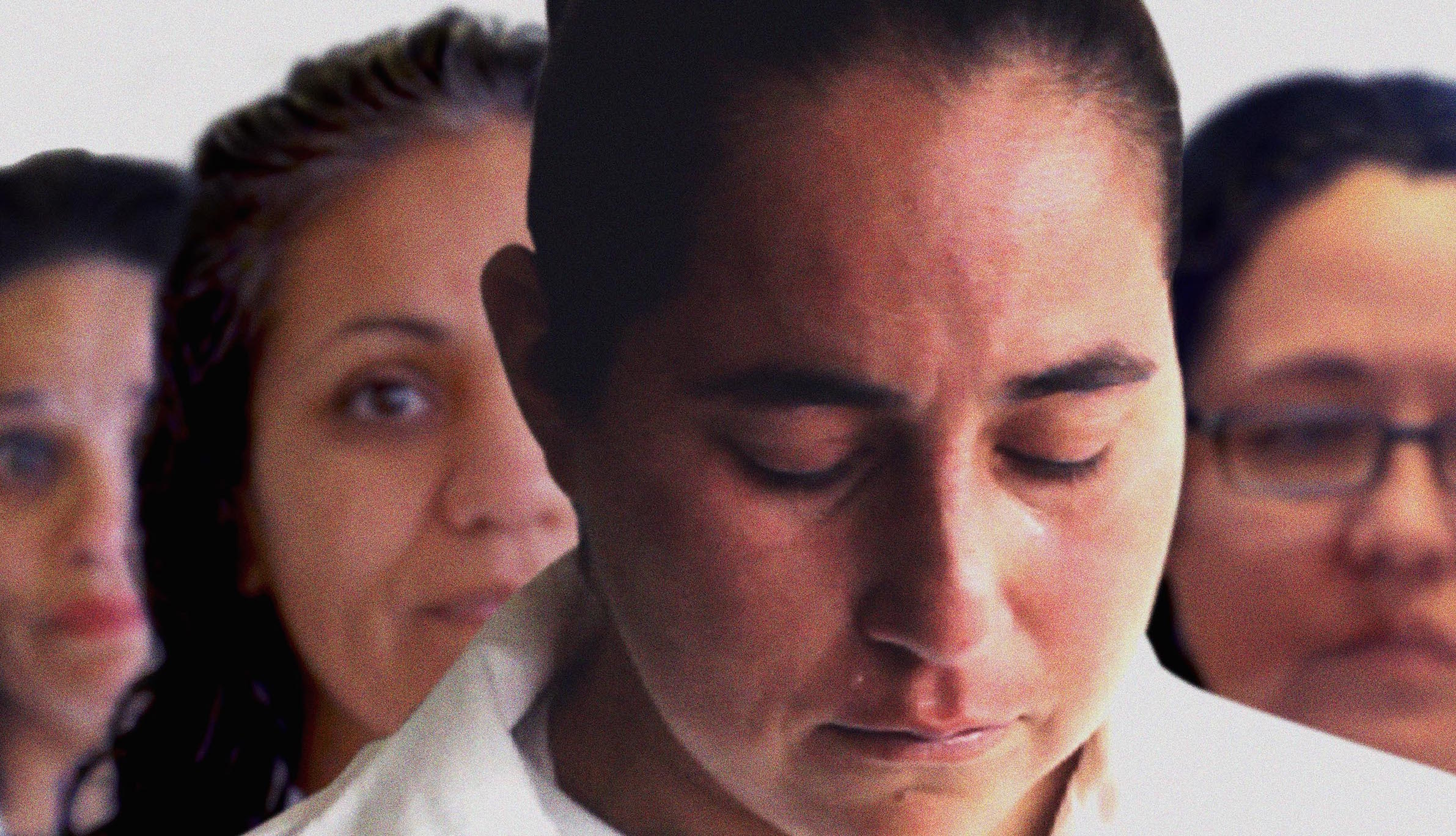 Terrified of the lifestyles a group of local women lived, an American court convicted four Latinas for a crime they didn’t commit, based on inconsistent testimonials and unsubstantiated physical evidence. This sounds like something straight out of 17th century Salem, as the fear of the occult and female sexuality gripped the state. But it’s San Antonio, Texas, and it’s the mid-nineties. What happened to the group of women who came to be known as the San Antonio Four was nothing short of a modern day witch trial, boiling down to the fact they were lesbians.

1994 was at the tail-end of a decade-long hysteria, at what Debbie Nathan, author of Satan’s Silence: Ritual Abuse and the Making of a Modern American Witch Hunt, refers to as “the last gasp of the satanic panic”. The McMartin preschool trial, which accused a family-owned daycare centre of acts of sexual abuse linked to satanic worship, had come to no fruition when charges were dropped. Groups of adults from New Jersey to Florida were tried and convicted of sexual assault and indecency with children, with undertones of the occult: horrific stories swirled about animal sacrifice, blood-letting and ritualistic rape. In 1998, after years spent in limbo, Elizabeth Ramirez, Kristie Mayhugh, Cassandra Rivera and Anna Vasquez were imprisoned for the alleged gang rape of Ramirez’s two young nieces.

Southwest of Salem is a film constructed over more than a decade, as it deconstructs the poor evidence and hysteria used to indict the women, and follows the appeals prior to their release.Salem delicately traces the lives of these women: through old VHS tapes, interviews with family and albums of photos, a picture is built of an unconventional family brought close by their shared experiences and disapproving families. Rivera and Vasquez were settling down with each other and looking after Rivera’s children.

Debbie Nathan contacted former journalist Deborah Esquenazi with the case, describing it as something that “haunted her”. She hoped Esquenazi could make something out of it, and bring matters to light for the imprisoned foursome. Esquenazi had intentions of making a radio show, but after several meetings in prison, pouring over court transcripts and viewing the women’s personal videos, she knew it had to be something more. From there, the filmmaker spent over a decade working on the film as the fight for their freedom raged on.

“After I had met them all in prison, I felt, no matter how uncomfortable this makes me feel, I have to see this case,” Esquenazi tells Dazed. “I thought it would be a very simple thing to tell the stories of these women in a radio documentary, but it became so clearly a film when Debbie delivered the VHS tapes. And these tapes had the women’s personal home videos from two weeks before they turned themselves in. It was heart wrenching. I felt very deeply connected with them.

“I was having a real personal struggle at the time. I was in the process of coming out myself at 33. When I first looked at this case, I was really in the closet, and really having a tough time with anxiety and bouts of depression,” she explains.

“And there was a side of them in these videos you just didn’t see in court. I have a theory that their personal lives weren’t investigated much because it kept them demonised. It made it more believable that they were these monsters. If you poke too much, you see real women just trying to make ends meet and live.”

Certainly, life was more than a little difficult as a lesbian Latina in a Texas city during the nineties. It took the court an abnormal amount of time to put a jury together, because it was almost impossible to find someone untainted by homophobia slap bang in the Bible-bashing south. In pre-selection, transcripts show in the voir dire pre-trial hearing, dated February 1998, things like: “I don’t feel comfortable. She was a lesbian. I don’t feel comfortable with that.” In the film, the women speak of the DA’s deliberate use of loaded discourse when speaking about their lifestyles as lesbians. It was repeatedly brought up, evolving as some kind of ultimate accusation.

A prosecutor said that they ‘admitted being gay’. Like it’s this admission of some horrific thing. These little things compounded with a jury hive mind that already had some discomfort about their sexual identity, was the ultimate weapon.”

On trial, when speaking about the details of the alleged sexual assault, the prosecution said: “insertion of objects into the vagina is consistent with a gay sexual lesbian relationship…isn’t it?” Already, homosexuality, child abuse and satanic rituals were being intrinsically linked.

There were claims that the two young girl’s father, Javier Limon, was obsessed with Rivera, offering to marry her when he found out she was pregnant. Rivera refused, and after a strange phone call, the allegations came to light via a homicide detective assigned to investigate alleged sexual assaults, carried out by the four women one night in Rivera’s apartment while she babysat. Five months pregnant, she was told she would lose rights to keep her child, so she cooperated to the fullest extent. “You believe as you’re growing up, if you tell the truth, everything’s gonna be fine,” says Anna Vasquez, shown in prison at the time of filming. Full cooperation was the “biggest mistake” for the group, their openness about sexuality used as incriminating evidence. Because they maintained their innocence and refused a plea bargain, Rivera was sentenced to 37.5 years in prison, the others 11 years. It was a devastating conviction.

The court case relied solely on the testimonials of children, something that wouldn’t hold up today. “This case is so sensitive, no one would want to be up against it. Back then there was this issue of questioning children, and now it’s a practice we approach with much more care because we understand they can be influenced,” says Esquenazi. “I have a son who is two-years-old. I think a lot about this: some of the kids involved in the satanic panic were as young as 18 months. But I have a child who when I ask something will say the exact opposite five seconds later – you absolutely cannot question children. In the film, you see one of the older girls coming forward with a completely different story.”

Physical evidence also used on trial is something that’s been completely debunked today. It’s what many have referred to since as “junk science”. Southwest of Salem details the nineties body of knowledge that surrounded molestation: Debbie Nathan explains the model of abuse used, which presents what an abused child’s injuries would possibly look like, would no longer stand up in court. An examiner at the time was also quick to point to supposed satanic abuse, despite little evidence.

Whispers of satanic rituals mushroom-clouded the case into the last sinister bang of the satanic panic. Court scripts show prosecution speeches littered with disturbing rhetoric: “sacrificed on the altar of lust”, the women’s “cult-type activity” and the girls as “sacrificial lambs”. Anna Vasquez recounts from prison: “We were told, ‘this is what gay people do’, and it’s not. It’s not.”

The women’s working class status and sexuality were the usual building blocks for accusations of satanic ritual abuse. A group of lesbians were cast as the witches, their ‘otherness’ the basis for their coven. “It was meant to be these witchy, horrific women doing these things behind closed doors with little girls, because that’s what lesbians do right? That tenor was obviously going to sway a jury. Salem for me is a metaphor for a very deep-seated misogyny that exists,” Esquenazi observes. “I’d argue homophobia is a form of misogyny, because it’s a fear of the effeminate: a fear of the effeminate male and a fear of the woman who is not feminine enough. There’s this undergirding misogyny that exists, and the Salem witch trials were about a disgust and a distaste for women’s sexuality.”

As Esquenazi filmed extensively and sifted through countless, frustrating transcripts and barely cobbled together evidence, she found herself becoming involved in a live case when there was a huge break, and she changed their fate forever as she crossed the line from creative to detective. “The one standout moment for us was when one of the little girls came forward: we taped her, and I released the audio to the press,” she says. “What was a languishing case became something we could really fight for.”

“I decided to release it because I felt so implicated in their innocence, and I was struggling to find the money to finish the film and wanted this out there. It wasn’t from this Pollyanna, naïve place. I love these women and they were in prison and it sucked. I leaked the recantation audio, then let some journalists in.”

The women were released from prison in 2013 after numerous appeals. They’re building their makeshift family back up, alongside Esquenazi and her partner, who’ve become their close friends. They’re now touring with Esquenazi as they promote the film and raise awareness for lives railroaded by a hysteric, homophobic system. They were stopped on a recent trip to Canada, as their limitations post-prison forbid them from crossing the border. Despite the fact their incarceration is now behind them, its unwavering presence imposes on their four lives. “I feel like they’re still living in a prison. Of course it is a better prison, but still, a prison,” says Esquenazi.

On the heels of other true crime documentaries gripping entire nations, like Serial, Jinx and Making a Murderer, Southwest of Salem comes at a time when we’re becoming more and more critical of authority, and eager to dissect its shortcomings ourselves as armchair detectives. The film allows us to see a case evolve in real time, built up and broken as new evidence emerges, and how Esquenazi’s decade-long oeuvre became case-breaking. Like many of the aforementioned shows, it’s alive and breathing, and the case of the San Antonio Four sends critical ripples towards the broken justice system.

“The women are in a really dark place right now and I want to see them fully exonerated. You know, that is a big thing for me making sure that they are totally free of this is my first passion for them that is my first hope.” Esquenazi continues to ask questions about the justice system, and the methodology at justice that led to their initial conviction. “We need to unravel the system that’s failed them.”

Find out more about Southwest of Salem here

Advertisement. Scroll to continue reading.
In this article:lesbians, satanic panic, southwest of salem