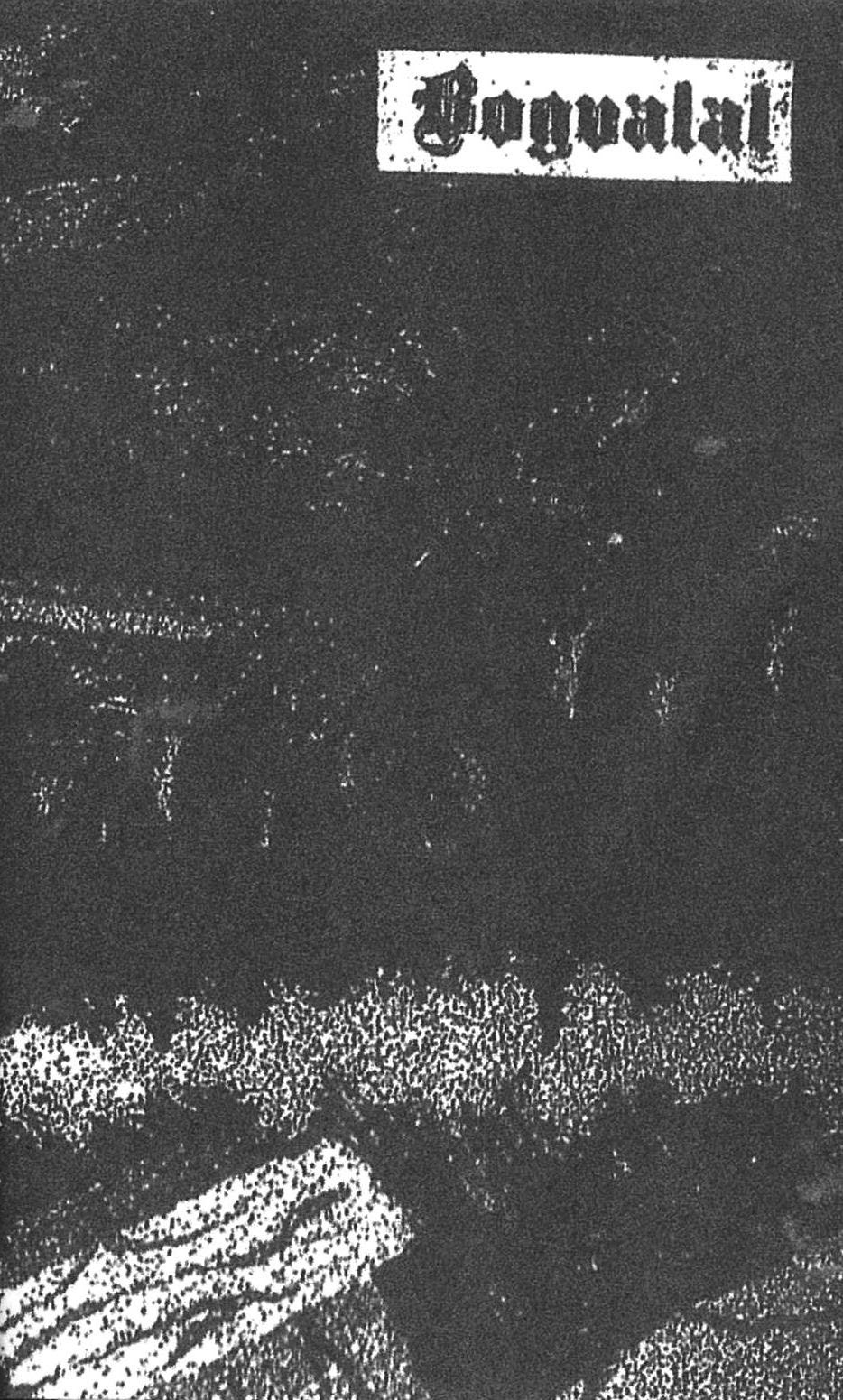 Scream and shout. But don’t put me out by doing screamo shit! Want none of that? Try CVLT Nation black metal stomp, care of Bogvalal and their self-titled necro-as-necro-hell release. Tired of getting frostbitten, ladies? Check out of that sleazy motel and get some frost on your red noses by climbin’ Mount Everest. Or make it through the Dyaltov Pass alive so you acheive something of relevance. Suppose you don’t make it, it’s all good, mothers. Just another victim, you’re just another victim, kid. Now quit complainin’ like you’re Sarah Palin. Rock to this!

Bogvalal are another raw necro as black metal ought to be band with a release that gets the cvlt banger’s tongues wagging. Fuckin’ awesome this, their self-titled album with black metal screeches. Some shouts to the punk riffs. There’s some blast on this beast. Make this a habit. Eat this up like its a whole box of pot cookies. Necro diggin’ this. Good luck if you’re looking elsewhere in the world of metal mags for this sort of good music. CVLT Nation brothers and sisters, you have your early Christmas gift. Stream this and have a blast on us, then support the band by putting this in your record collection. Won’t regret this one bit of you’re into raw black metal. Oh, sorry if this sucks as a Christmas gift. Blame Herod for not doing his part. Blame Satan!

So, if you guys joined Mysticum and have left for planet Satan, goodbye mothers! Earth has become a desolate wasteland and we ain’t rootin’ for Mad Max this time around. Bogvalal are stripped-down like a chicken plucked of its feathers while taking its turn at the slaughterhouse. The punk riffs rule. The blasts are a blast. Slow or fast, Bogvalal step it up with some sweet jams. Damn you guys, I’m proud. Blast this fucker loud!