6 Terrifying Wikipedia Pages That Will Ruin Your Life - CVLT Nation 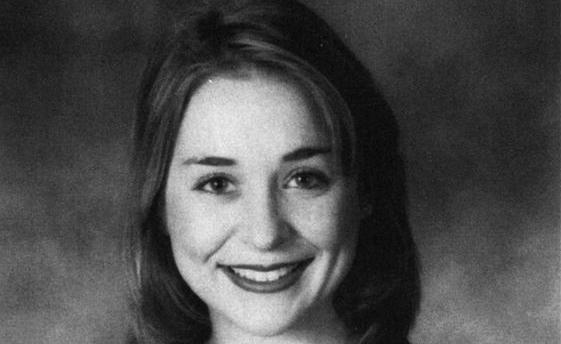 This Feature Is From Creepy Catalog I cannot tell you how many times I have combed this poor girls’ Wiki page. Her story is just insane, that a normal (even nerdy seeming) Yale senior can be the victim of a brutal stabbing.

On Friday December 4, 1998 Suzanne Jovin had just turned in a paper and done volunteer work when she was walking home on campus around 9pm. She was last seen at 9:22pm by a classmate she ran into while walking:

Stein is quoted by the Yale Daily News as saying “She did not mention plans to go anywhere or do anything else afterward. She just said that she was very, very tired and that she was looking forward to getting a lot of sleep.” Stein also said Jovin was not wearing a backpack, was holding one or more sheets of white 8 ½ x 11 inch paper in her right hand, that she was walking at a “normal” pace and did not look nervous or excited, and that their encounter lasted only two to three minutes.

At 9:55pm she was found 2 miles away, bleeding in a bush. She had been stabbed 17 times in the back of the head and her throat was cut. She was still wearing jewelry and she had cash in her pocket.

There has literally never been anything close to a lead in this case. Apparently you can just walk around an Ivy League school and get stabbed 17 times in the head. What does that say about your neighborhood? The night of December 1991 an Austin yogurt shop called, I Can’t Believe It’s Yogurt! went up in flames. When firefighters arrived and put the fire out, they discovered the naked bodies of four young girls, three stacked on top of each other. They had been shot in the head before the fire erupted. They had been at the yogurt shop late as it was a Friday and they had a slumber party planned later.

Over 50 people have confessed guilt for this crime, but no one has ever been convicted because while the police had two likely suspects, a third man’s DNA was found at the scene.

Timeline of the far future On the off chance your current life doesn’t come with enough things to worry about, here’s a fun list of terrifying events that are predicted to take place in the far future!

Warning: if you have anxiety this Wiki page is going to consume you whole. Did you know that at some time in the next 100,000 it’s predicted that there will be asupervolcano eruption so large it will spew magma 400km? What about the prediction that in 11 million years the debris around Mars will hit Earth? Or, the less anxiety inducing fact that in 50,000 years Niagara falls will cease to exist. Fellow far-fetched scenario worriers, you are home. Amy Lynn Bradley was a 23-year-old American girl who disappeared while on a cruise with her parents. She disappeared while the ship was at sea but close enough to shore to assume that she wouldn’t have fallen overboard and drowned (she was a lifeguard). She was also a recent college graduate who had a new job waiting for her, so it’s not thought that she hid herself in order to run away.

The truly terrifying part is that there are several sightings of her since her disappearance (identification aided by some unique tattoos she has). For instance:

In 1999 an American sailor reported that he went to a brothel on Curaçao and was approached by a young woman. She told him her name was Amy Bradley and asked for his help. At this point, two men in the bar escorted her upstairs. By the time the witness reported this to police several months later, the brothel had burned down. When I was a kid the Children of the Corn movies were really popular (I grew up in a ruralish community surrounded on all sides by corn fields). For whatever reason the longest running fear in my life is that I get impaled by one of those curved knife things they use in the movies while I’m going to the bathroom. It doesn’t matter how unlikely this actually is, it’s a pervasive fear that’s stuck around for ~15 years. Chances are you have your own version of that — spider under the seat? Another extremely mysterious (and terrifying) case. Hinterkaifeck was a small farm about 70 miles north of Munich. In 1922 the family of six that lived there were attacked by someone with an axe-like object (a mattock) and killed.

The details are, um, a bit bizarre:

A few days prior to the crime, farmer Andreas Gruber told neighbours about discovering footprints in the snow leading from the edge of the forest to the farm, but none leading back. He also spoke about hearing footsteps in the attic and finding an unfamiliar newspaper on the farm. Furthermore, the house keys went missing several days before the murders, but none of this was reported to the police.

Six months earlier, the previous maid had left the farm, claiming that it was haunted; the new maid, Maria Baumgartner, arrived on the farm on 31 March, only a few hours before her death.

Exactly what happened on that Friday evening cannot be said for certain. It is believed that the older couple, as well as their daughter Viktoria and her daughter Cäzilia, were somehow all lured into the barn one by one, where they were killed. The perpetrator(s) then went into the house where they killed two-year-old Josef who was sleeping in his cot in his mother’s bedroom, as well as the maid, Maria Baumgartner, in her bed-chamber.

On the following Tuesday, the 4th of April, some neighbours went to the farmstead because none of the inhabitants had been seen for several days, which was rather unusual. The postman had noticed that the post from the previous Saturday was still where he had left it. Furthermore, young Cäzilia had not turned up for school on Monday, nor had she been there on Saturday.

Advertisement. Scroll to continue reading.
In this article:creepy catalog, wikipedia