6 Horrifying Cult Films to See Before You Die - CVLT Nation 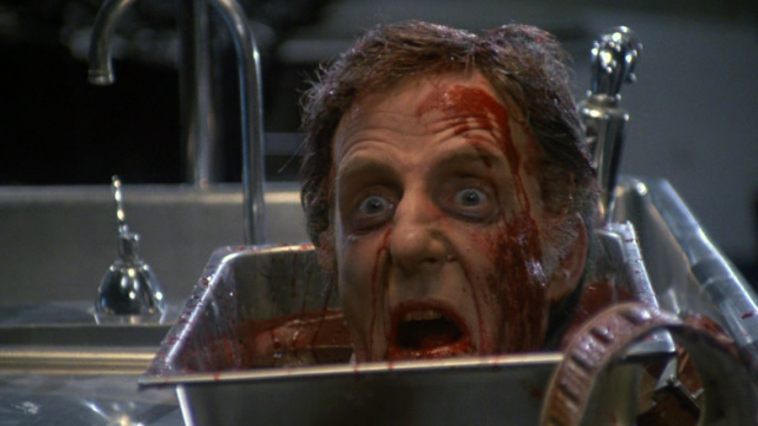 Cult films and horror go hand-in-hand. The gory violence, lurid sexual overtones, and disturbing psychological themes tend to be just a bit too much for the typical movie-goer. Since horror’s earliest days, films have had to battle for their fair share of attention. These horrifying cult movies have traumatized viewers, entranced gore lovers, and fascinated those with the guts to see them through.

Pinched from The Line UP! Championed by no less than John Waters and Quentin Tarantino, this violent exploitation movie made a permanent mark on the thriller and horror world. Varla, Rosie, and Billie are go-go dancers, but are looking for more excitement. When they get out of work, they race sports cars in the desert. After Varla kills a man while racing, they kidnap the victim’s girlfriend. The trio embark on a chaotic adventure as they attempt to swindle a fortune from a wheelchair-bound old man and his brain-damaged son. George Romero’s first film set the standard for the modern zombie flick. In a rural Pennsylvania town, Barbra and Johnny Blair encounter a zombie staggering through a cemetery. The zombie kills Johnny, while Barbra barely escapes with her life. She takes shelter in the cellar of a nearby farmhouse, where she soon meets Ben and a handful of other survivors. Together, they fortify the house against advancing horde. Do they have what it takes to stop the monstrous forces at their door? So violent that even the toned-down version was banned by many countries upon its release, this bloody cannibal film has since become one of horror’s most beloved cult movies. Sally Hardesty, her brother, and three of their friends set out to visit the grave of Sally’s grandfather’s and the old Hardesty family farm. They want to ensure that the grave hasn’t been vandalized. What they find, however, is far worse than a little damage to a headstone. Nearby is a twisted clan and one deranged killer who wears a mask made out of human skin. His preferred murder weapon is a chainsaw, and he’s determined to hack Sally and all of her friends to pieces. Six strangers find themselves trapped inside a lethal maze of interconnected chambers. Is there a way out of this horror puzzle complex? Or do all paths lead to death? Cube’s claustrophobia and gory torture traps will delight those who like flicks that mess with your head. You could make a list of killer cult movies entirely out of David Cronenberg’s films. From Shivers and The Brood to Videodrome, the Canadian body horror auteur has conjured a number of visceral visions that go on to inspire a rabid fanbase. Rabid focuses on a woman who suffers one serious post-surgery side effect: an orifice opens up under her armpit, and a stinger protrudes from it. She begins preying upon others and drinking their blood with her new appendage. but her victims transform into rabid zombies, who in turn infect others, triggering bloody chaos.

Double down on the cultishness with a cult classic inspired by cult classic author, H.P. Lovecraft. Re-Animator, a loose adaptation of Lovecraft’s Herbert West–Reanimator, is the story of Herbert West, a medical student who finds a way to bring corpses back to life. His discovery is not without its problems–the method has horrific side effects. West’s subjects return to life in a deranged, zombie-like state. When Dr. Carl Hill attempts to steal West’s discovery, he becomes obsessed with the reanimation. Soon, Dr. Hill himself has been brought back from the dead and becomes the treacherous leader of the living dead.