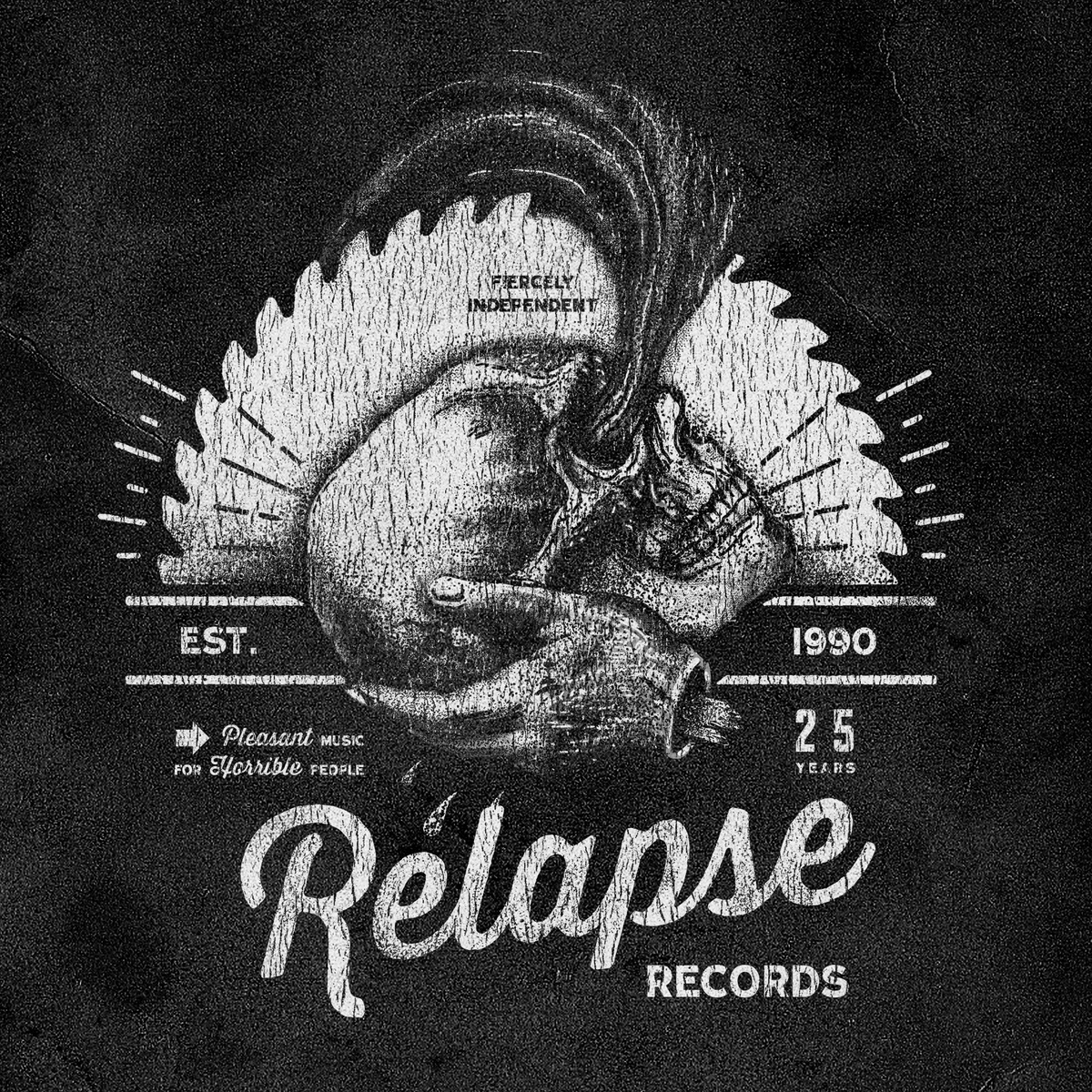 Relapse Records has a special place in our hearts here at CVLT Nation, because over 25 years they have put out some of the best in underground heavy music, and they do so with integrity! And when they give back to the community with something as epically awesome as this 180+ track download (free or NYP), it just solidifies our excellent opinion of them! This comp features music spanning their 25 year career, from their first 1990 releases to their current roster, with 1 track from almost every release they’ve put out. In this mammoth collection of songs you’ll find tunes from legendary bands like Mastodon, Neurosis, Obituary, Red Fang, Death, Dying Fetus, Necrophagist, Suffocation, Baroness, Dillinger Escape Plan, High on Fire, Torche, Pig Destroyer and so many more. I don’t really have to sell you on this, do I? Just stream it below and download it on their Bandcamp!

But for you vinyl heads, they are also putting out a series of very limited silver vinyl reissues this year for their “Silver” anniversary, including titles from Nasum, Amorphis, Nile, Human Remains, Incantation, and Pan-Thy-Monium that you can pre-order here, with further vinyl reissues from Neurosis, Dillinger Escape Plan, Pig Destroyer, Bongzilla and more to be announced throughout the year. Plus, if you’re at Maryland Deathfest 2015, you can crush some beers with Relapse as they celebrate their 25th anniversary! Congrats to everyone at Relapse Records, and here’s to another 25!