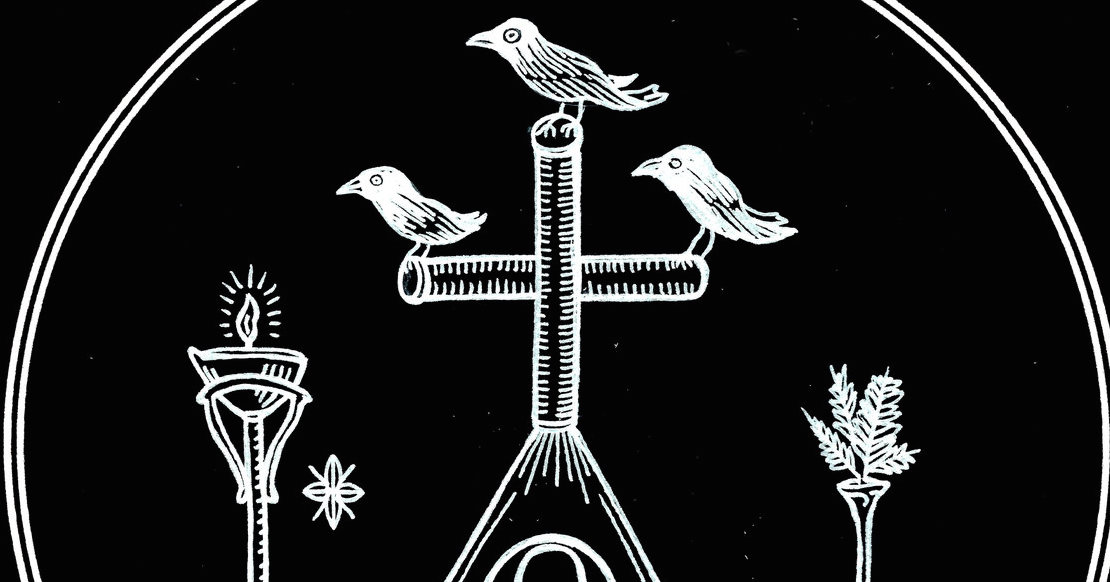 Bristol is currently basking in the sun, but that hasn’t deterred its studious goth population from working their dour magic. Downer-doom outfit Age Decay are preparing their as-yet untitled debut full-length for release; they’ve released the first tantalising offering exclusively through Cvlt Nation, the 10+ minute “The Worm/The Wretch.” Aiming for an extended-length piece, “The Worm” is significantly longer than the cuts from 2016’s Alternate Deaths EP and leans towards their dark, imperious impulses. “The track is a meditation on using self-doubt and negative self-image to fuel creativity,” states mastermind Chris Nicholls. “Previous Age Decay songs have dealt with finding your place in a vast and indifferent universe. ‘The Worm/The Wretch’ looks inward in an effort toward self-reckoning.” The track drips with veiled threats. Esoteric descriptions of crumbling towers and absent angels purr until the track switches towards a heavier, more pointed approach in the second part of the track. Musically, “The Worm” has shades of Johnny Cash and Fields of the Nephilim but makes liberal use of their lazer-precise metal sensibilities. For a track with a lot of space there’s nothing superfluous, the track seamlessly transitioning between gloomy fury and maudlin ambience. This is certainly their most ambitious effort but not one that’s likely to scare off newcomers.

Age Decay’s previous efforts led them to perform alongside Aluk Todolo, Conjurer, Jucifer, Muscle and Marrow and Sonance. They are currently working on their full length, set to release late 2018. A remix of “The Worm/The Wretch” by Ben Chisholm of Chelsea Wolfe is currently in the works.