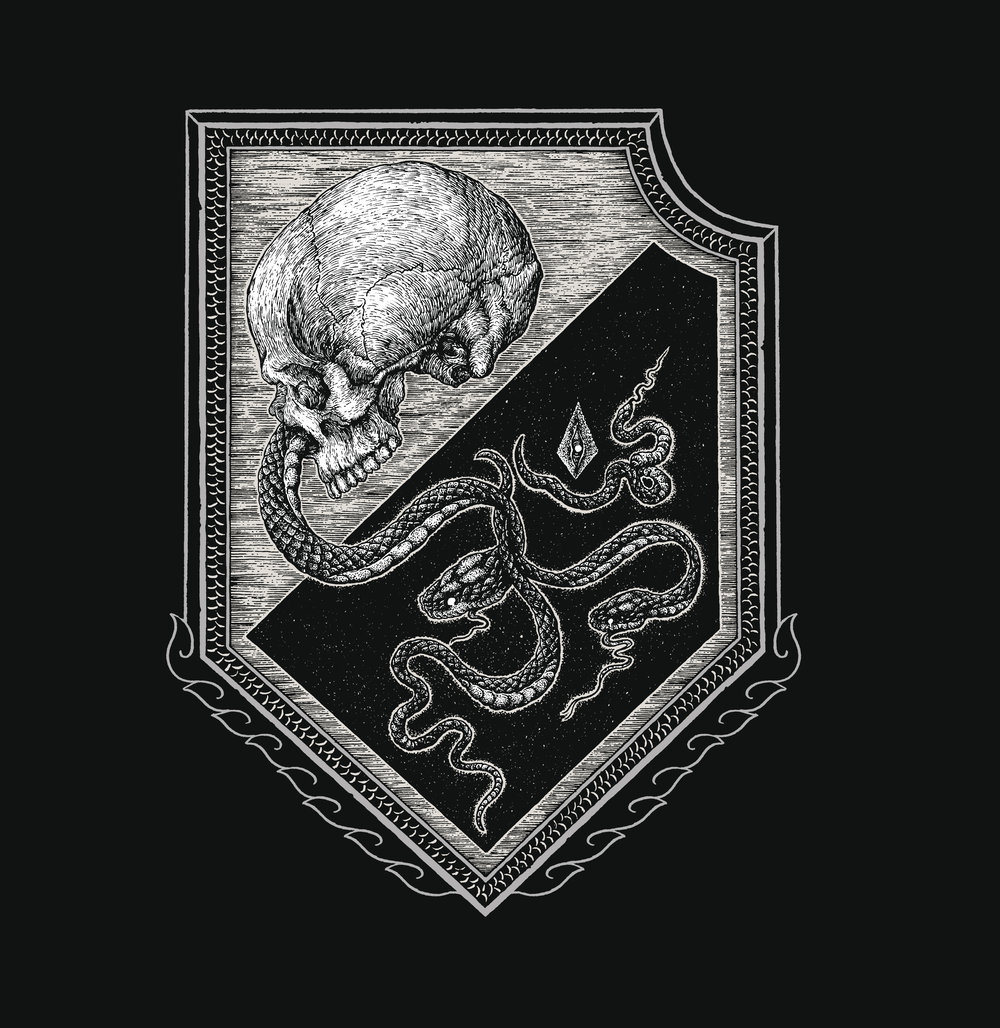 How can some blogs and commercial rags be putting up end-of-year lists without having heard Witchrist? Ok, so, many and many a year ago, Witchrist burst out of the cvlt scene with the seminal Beheaded Ouroborus. It’s been quite some time since we’ve heard from them, the last release being The Grand Tormentor, so that makes Vritra one hotly-anticipated album for yours truly. I won’t pretend to think that I even thought that Witchrist have been nailed-to-the-stake. Kidding aside, if you like underground death doom, these poser-killers have added another quality release to their painstakingly short discography. How do you do doom/death the right way? Slow it down to a crawl? Not exactly. Clean singing? Oh God, no! Witchrist aren’t kidding around with the instrumentation, playing harps or harmonicas that don’t suit the music. Witchrist know a good riff when they hear it, without pulling out sweeps or arpeggios or any bullshit. Witchrist haven’t sold out on this one, but neither have they done so on any other release. They take some downpicking brutality and add some lively shredding, slowing down the drumming for the former and spicing it up for the latter. There are only three tracks on this release, so listen intently before turning it into background music. Grab your guitar and play long. This is back-to-the-basics underground melo-fuckin’-death bashing like no other. Heavy, ritualistic, trve: some of these words sum it up nicely. Nothing new, and nothing we don’t want from Witchrist, meatheads! Track one, “Haruspex,” starts out with a good lead before transitioning to powerchords, putting in a nice rhythm section before going full blast, with shreds to match. The rhythm guitar typically shines for a Witchrist album. The vocals are a blackened growl and slight rasp variety that I dig. Before the band launch into the next salvo, slowing down somewhat after the blasts, they blast one last time before diving headlong into track two, “Transmuting Rituals.” Album highlight is track three, “The Golden Ascent.” The shreds start the show this time, before the powerchord progression leads to some very memorable jamming. The toms sound like they’re getting a beating during fill-ins, and a little tremolo riffing even makes for a nice addition. Really, meatheads, if you like anything Witchrist have done, they don’t fuck around on this one. Slash, boom, bang! The album is done, so Cvlt warriors, hit that play button!