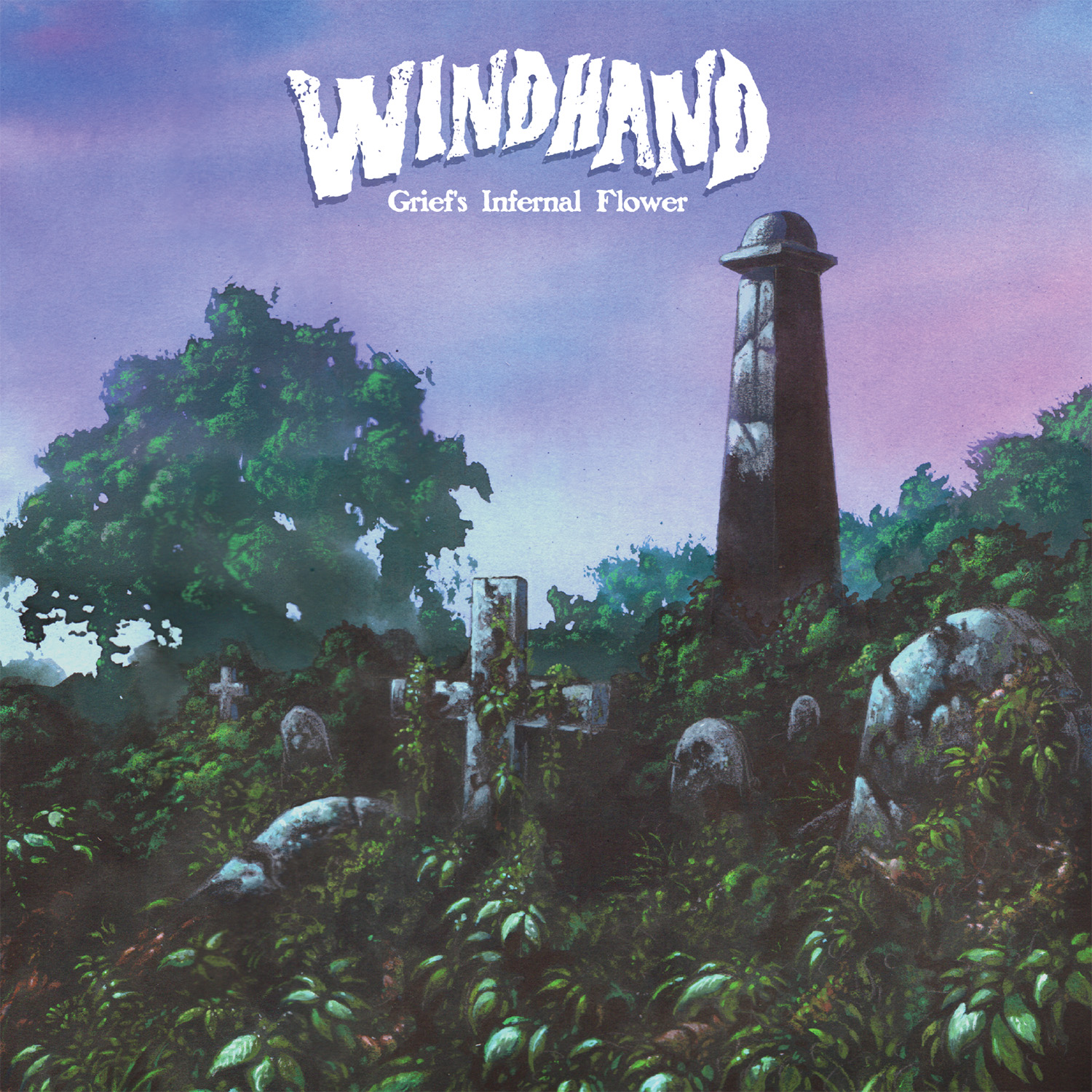 Windhand were undoubtedly the new rising force in the doom metal genre, with the releases of their self-titled debut album and their excellent sophomore full-length, Soma. With a great pedigree in terms of the history of its band members, and heavy activity in terms of releases, they established themselves as a “band to watch.” Today, Windhand is attempting to fulfil this promise and are making decisive strides towards the throne, something signalled by the release of their third, and most accomplished, album to date, Grief’s Infernal Flower. The band slightly steps away from their earlier, more underground vibe, getting Jack Endino (Nirvana, Soundgarden, High On Fire) a master of heavy music, to produce the album and give it a more well-rounded sound.

That, of course, does not signal a radical stylistic change, so you need not worry. The doom is still overflowing in the record, with the heavy riffs coming in “Two Urns” commencing the exploration of the doom domain by Windhand. Cottrell’s vocals are perfectly levelled with the music, and due to their characteristic tone are able to pierce through the heavy veil with relative ease, while the great groove and the retro psychedelic feeling are surfacing. The music of the opening track retains its drive, with the repetitive patterns giving a solid momentum to the song. The heavy groove is key in parts of Grief’s Infernal Flower, and Windhand make excellent use of it with some devilishly catchy riffs in “Forest Clouds.” The riffs build up the track methodically through the themes that Windhand visit, giving an overall imposing and towering performance, with the double vocals later on adding drive and granting more power to the track. “Kingfisher,” on the other hand, finds the band resuming the old-school doom vibe, as the groove is revisited and the retro leads are brought in. The performance in this case might not be as all-consuming but it still very impressive, with Cottrell’s vocal lines soon becoming the centre of attention. In terms of her performance in the album, “Kingfisher” is definitely a high, while the lead work once again compliments greatly the main structure of the song with some very sweet tones.

Still, there is the even heavier core that Windhand will bring to the forefront when the music needs to become more suffocating. The opening track makes such a switch, from the steady groove to a slower pace, with the tempo soon becoming torturing, as the guitars start to dig up as much dirt as they can handle. “Crypt Key” also exists in such a dimension with the guitar riffs on one side retaining the gritty, heavy end of the music and Cottrell’s vocals bringing in a strong but still graceful performance, keeping intact the strange melodic core of the track. The sludge from that point on will only increase. “Tanngrisnir” raises its ugly head with a ton of fuzz following. The amount of distortion that the guitars are able to conjure in this case is awe-inspiring even for Windhand, resulting in a very thick sound, with even the vocals battling to push through. Still, underneath all the fuzz the band is able to retain a heavier groove, as they are building with patience towards a destructive end. The glacial pace is truly established with “Hyperion” with the feedback giving rise to the sludge vision, which is soon complete as the heavy riffs join in. Surprisingly enough, the band soon picks up the pace, something that results in a strange drunken groove that has something really intoxicating. An aspect that is only enhanced as Cottrell gives a performance which verges on the ritualistic edge of the spectrum for Windhand. The distant start of “Hesperus” is still daunting as Windhand prepares to give the next blow. That comes soon enough with a storm of heavy riffs being brought down and combined with Cottrell’s voice are unleashing a precise and steady assault. The repetition aids the message to really sink in, while the track takes on its most terrifying form.

However, there is still another side to the music of Windhand. Parts of “Hesperus” bring to mind the psychedelic bands of the ’70s, especially in terms of the vocals and the lead parts of the songs. The slight nod to psychedelia continues with the effects being brought to the forefront, with Windhand taking on a trippy and disorienting mantle. The band even merges these two sides together, resulting in a much more complete and chaotic form, which results in asphyxiating instances. Of course, Windhand had a number of certain leanings towards the psychedelic side in the album, with “Forest Clouds” being an example of such a moment with the trippy ambient passages, making the tension of the song even more enticing. Similarly, the lead work in tracks such as “Tanngrisnir” and “Hyperion” acts as loopholes to the retro sound and the psychedelic days. Still, the peak of psychedelia is reached with “Kingfisher,” as an acoustic guitar is added to the background while the lead parts add psychedelic notes in order to bring to life the dream structure that Windhand have been constructing. The parts might resort in monotony in terms of their rhythmic patterns, but the dreamlike structure slowly blossoms as the draining sonic trip reveals Windhand’s grand psychedelic scheme. Soundscapes are expanding and effects are overflowing in this utopic vision.

Windhand even make attempts in the construction of more ambient passages in Grief’s Infernal Flower. A couple of such instances are the short-lived ambiance of the opening track, with the fire samples echoing before the heavy guitars come in, and the strange start to “Kingfisher,” which combines the trippy domain with a couple of weird samples. But the interesting aspect here are the acoustic passages that Windhand include in this album. “Crypt Key” is such an instance, even though it is quite short-lived. The full glory of the folk extensions of Windhand comes first with “Sparrow,” as Cottrell’s performance makes the song dive into more sentimental depths, sharing characteristics with her solo album, released a few months back. Windhand also put an end to the record in such a bitter-sweet manner, with “Aition.” The darker and more pessimistic vibe is the most suitable closing to the album, acting as a fleeting farewell and stepping away from the doom, sludge, psychedelic core of the band.

Grief’s Infernal Flower is Windhand’s most complete album to date. Windhand is making a great move, building on what they had explored with the releases of their first two albums. Windhand are no longer a rising force in the doom metal scene, they are well established within the throne room.