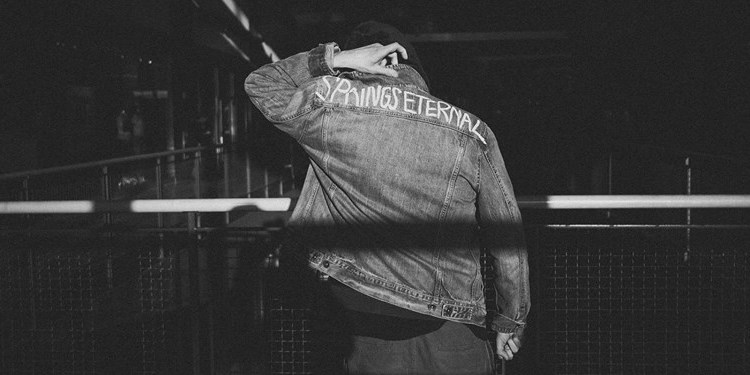 It was probably kind of a nightmare, right? Fortunately, we have Wicca Phase Springs Eternal here to help us cool down after the cringing. While you could accuse the depressive hip-hop artist of possessing a selective rose-colored memory, CVLT Nation prefers the argument that yesteryear, if nothing else, held heart. Through years of developing a little bit of courage and a whole lot of creativity, the collective experience of the wicca phase lives on.

While the cool kids of L.A. have been accused of appropriating goth kid culture, Wicca Phase, aka Adam McIlwee, steers clear by hailing from the prime time of suburban rebellion—Scranton, Pennsylvania. While Mcllwee primarily manifests in one-man form these days, there is a common thread in his artistic journey of serving as an essential puzzle piece to various musical collectives. Beginning as founding member of alt-rock success story Tigers Jaw, Mcllwee eventually built a reciprocal relationship with Camp and Cloud. Crews Thraxxhouse and Gothboiclique — both deemed the future of hip-hop — had found their most shadowy member. The ambiguously-aged indie kid somehow fit perfectly alongside the gold bracelets and face tats of Lil Peep and Lil Tracy. While McIlwee has proudly kept up association with Gothboiclique, the entity known as Wicca Phase Springs Eternal has emerged as the epic culmination of all prior ventures.

Chances are, your run-ins with indie music as a metalhead have been primarily limited to the Juno soundtrack, from which you are still enduring bouts of post-traumatic stress. Consider Wicca’s game-changing Secret Boy (2016) a shot at redemption. Devastating guitar strums and synth beats are paired with a droning vocal style that must speak for itself. What sets Wicca apart from other alt projects the most is the substance behind the aesthetic as he explores more serious topics, such as the underbelly of love and the music industry. Follow-up Stop Torturing Me (2017) clouts it up a bit, but still retains the meat of his wildly understated identity. While the first wave of emo was great, it was a lot — particularly as it got mixed in post-hardcore and scene queens. Wicca reins it back in, keeping beats simple, melancholy, and just hella chill.

And so, Wicca continues to assert the long-silenced visions of the quiet kid with brazen tact. A la his colleague Ghostemane, Wicca isn’t afraid of mixing up bits of classic hits, like Selena Gomez’s “The Heart Wants What It Wants.” Never one to shy away from pop’s bleak potential, Wicca has helped carry on the co-vision of his long-lost Peep with now iconic collaborations “Absolute in Doubt” and “Avoid.” Most recently, Wicca dropped a video dreamier than your greatest love spell — “Corinthiax.” Describing his enchantress within the sanctity of a wooded, candle-lit magic circle, flexing is re-defined through a beat drop that beats on with light flute.

Wicca Phase obviously demonstrates how the most audacious artistic contributions can be grown from the most bashful of roots, so why not let the heart follow suit? Dropping lines like, “after work i go to work man; that’s me and Døves and we’re so Dior” Wicca puts forth a newfound confidence in the goth kids who have not only reclaimed but retained the tip of the jungle gym. There were rumblings that cowboys were going to take over in 2k18, but beanie-clad figures like Lil Xan still seem to be posing with stuffed animals in the middle of Walgreens, eyes glazed and smiles contagious. By god, if that is not an emo kid activity, then what is?

Getting money and girls may only be mildly noteworthy when you’re coming from the less-than-mean streets of PA, but success certainly does give a nice middle finger to the kids who pulled up to the standardized test trifling. Living out the prophecy written into the laws of nature, Lady Gaia has cast haters back to their mamas’ houses while Wicca Phase is out living the dream. 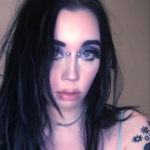