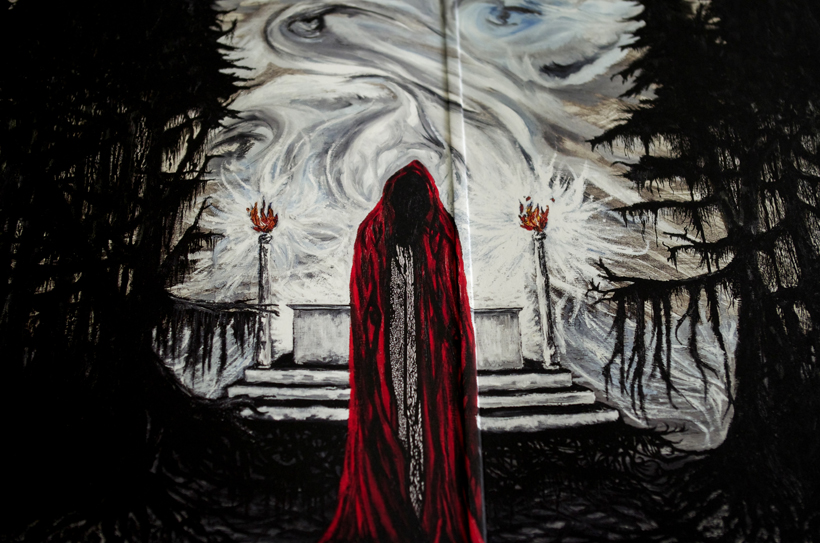 USNEA’s new album Random Cosmic Violence is out now via Relapse Records. Below, check out a track-by-track commentary written by guitarist/vocalist Justin Cory! Everyone at CVLT Nation is ultra stoked for this release and very proud of USNEA!

Oddly enough, we wrote all of the songs for this record in the order that they are in on the record. That was not intentional in the beginning, but it just seemed to be the right flow for them when we were writing the last two. This song was the first song we wrote after the S/T was recorded and we had it finished and were playing it live in sets by the time the S/T record came out that February of 2013.

The initial riff was kicking around from something Johnny kept playing at practice, and we all really liked it so we just latched onto it and went from there. It is, so far, the only song we’ve written that stays true to that first riff. What I mean by that is that every riff in the song (after the ascending bass line in the intro) builds off of that main riff. We usually write parts that completely change in some major way, such as a key change, tempo change or even just a different phrase or riff, but this song was an experiment with taking the essential two chord structure in its simplicity and trying to write the shit out of the possibilities that could arise from such a simple core. The song is a series of dynamic swells and drops with our intention at the end being to just have that death-y constant bass drum beating out the repetition as everything else in the song falls apart and dissipates in chaos and noise. Lyrically, we hadn’t settled on the concept of the album or the title yet when we wrote “Lying in Ruin”, but Joel and I were already reading lots of Carl Sagan and other various scientist, atheist, skeptical thinkers and so the lyrics really became a collage of ideas from the concepts encompassed in a materialist scientific view of the cosmos and our past appreciation for science fiction, dark anti-Christian occultism and also our socio-political opinions about humanity and our place within. “Lying in Ruin”, lyrically, is basically an exhortation on the meaninglessness of believing in a god or gods, and how regardless of accepting a higher power, ruin and decay is the inevitable and eventual outcome of all that we see around us.

Recording this one was probably the easiest of the four album tracks because we had been playing it for over a year when we went into the studio so everyone’s parts were pretty firm and we knew how we wanted it to come out. It was particularly fun to create the cosmic guitar swells and noise collages at the beginning of the song with Fester, and he also had the great idea of making the soloed out drums at the end swell with saturation and over-drive until they cease.

Like I said before, we wrote this song second. I was listening to a lot of death metal and death doom in particular so I came to the group with a good chunk of these riffs in a scattered form and then we set about composing the song together, changing parts, adding and subtracting until it was pretty finished. We felt pretty good about it by the time of our May 2013 West Coast tour so we decided to play it out on the road and in doing that we definitely changed a few things and figured out some better ideas for the song. Road-testing songs is a great process because if you are playing them night after night and they are new and exciting, you’ll generally have loads of ideas coming forth to make the compositions better.

I drew inspiration lyrically from something I read about medieval alchemists attempting to render medicines and cure-alls out of human organs. The idea just seems so crazy and dark… illegally (we are talking illegal in the eyes of the church which would have burned one at the stake) harvesting human corpses and experimenting with boiling down the parts of those carcasses into different pseudo-medical potions. Of course, there is something incredibly human and naive about this whole part of our history. Allegorically as well, the lyrics can also be about the processes of grief and healing that occur when we experience death around us, be it close loved ones which all of us have experienced in this band, or the death of other very important entities in our lives. It’s a story about some crazy shit humans used to believe and do, but it also tells the story of us cannibalizing ourselves and one another symbolically as we grieve loss by absorbing part of each other and what we have lost. Zeke tracked demos of all of the songs except “Detritus”, so going in to record this one was also pretty straight-forward. It was really fun to see Joel and Fester geek out creating the entire atmosphere and noisy esoteric droning happening during the clean quiet breakdown. That part of the song and the heavy lead back in after it are one of my favorite parts of the record.

After writing those two, we realized this next record was going to have to be a 2xLP. We should have figured that with how our first LP ended up, but we didn’t necessarily plan that all out. I wrote a lot of the skeletal riffs for this song on my acoustic guitar so it really made sense that it would start and end acoustic. I was heavily influenced by the acoustic parts in Ulver, Bathory, Mournful Congregation etc etc… and so I really wanted a stark sad acoustic interlude on the next record. The idea to end the song by going to acoustic again was just an idea that I think Zeke came up with when we did the demo track for the song. In writing this song, it was probably the weirdest to write because it has so many changes and jumps around a lot so getting the transitions to feel smooth and make sense was tricky. It was also important to me, as it was a further and longer passage of an experiment with me trying to sing in that Peter Murphy/The Gault/Asunder-esque baritone clean voice, rather than always doing my shrill screams. Johnny and I also had to do quite a bit of one on one writing without the rest of the band to get our contrasting guitar parts to work in the blast-beat part of the song, and at the end during the spacey drone outro. This is the song where the overall concept and theme of the record really solidified. Joel lent me “The Demon-Haunted World: Science As A Candle In The Dark” which I read and was completely blown away by. I immediately bought my own copy afterwards and I cannot think of a single book I’ve ever read that has impacted the way I think of and perceive the world as that book did. While reading it, I wrote down the phrase “random cosmic violence” because it was just a beautiful and evocative turn of a phrase that really condenses and summarizes the cosmic events that have led up to right now. The lyrics of the song just extrapolate on existence in an unfeeling, unaffected by our perceptions, not anthropocentric, and not designed by anyone/anything: COSMOS. For humans, our whole endeavor here on this planet is so intimate and important to us, but it pales when thought of on the time scale of the epochs of even the earth we inhabit, let alone the vast expanding and ever mysterious cosmic soup all around us. It’s a funny thing to be a human being in any time at all; self aware yet so very unable to remove ourselves from such self-centered thinking; learning so much about the universe and yet, still so ignorant; and while achieving unprecedented connectivity and technology with our own species the planet over, also constantly teetering on the brink of our own self-destruction. That is, in a nutshell, what we are singing about. This song was probably the most gargantuan to tackle in the studio. It shifts dynamically and there are some noticeable tempo changes that make tracking it interesting to nail. Zeke is a great drummer to play with, and he has got probably the best internal metronome of anyone I have ever met, but he is also a perfectionist so we recorded most of the parts of every song to a metronome and thus, getting the tempo map all figured out for this was a bit of work. We also put a lot of guitar nerd-ery and layering into the instrumental drone freak out at the end as well as Joel’s crazy MIDI synthesizer effects as it really builds to its highest. Tracking acoustic guitar perfectly, which I do not feel I have mastered at all, is also an exercise in frustration and humility.

Other than one riff that I brought to the table, this song was written completely collaboratively by just “jamming” (we all hate that term but that’s essentially what we were doing) together on ideas and then whittling down until this song was left. It all came together surprisingly quickly, we just kept playing it fine-tuning it but it may have been one of the most natural-feeling songs to write that we’ve ever composed as a band. Not much to say though, other than that. It was really fun to write this song together.

“Detritus” picks up after the violence of the previous songs and attempts, feeling-wise, to be the sorrowful funeral march after humanity’s fall from self-importance and universal centrism. It is the point where we have realized our insignificance in the grand scope, and we’ve realized we will all become just more detritus, more recycled matter in the great primordial ooze of star-stuff that we all are. It is a mediation and lament on the possibilities and opportunities we’ve been wasting with our dogmatic, narrow-minded, anthropocentric lenses. It also, obviously, has implications for how we view and treat other human beings around us, and life and the earth itself in general. The recording of this song was also really natural and fun to do, maybe even more so because it was the last written and we were still really fresh and excited about it. We were only able to play it live a few times before recording it and we did not track it when we did our demos for the record because it was still not fully written at that point. However, we had many ideas and knew what we wanted going in to the studio and Fester was awesome in helping us realize them all. It was especially fun to create the sound collage at the beginning as it builds with all the many things we tried and weird sounds we used and the funeral bells, an obvious homage to Black Sabbath’s eponymous song and many metal and doom songs since then. The fade out was also a random idea because we had not done it before and it seemed like an epic way for the album as a whole to sail away into the mist after consuming close to an hour of the listener’s time.

In this article:random cosmic violence, Usnea 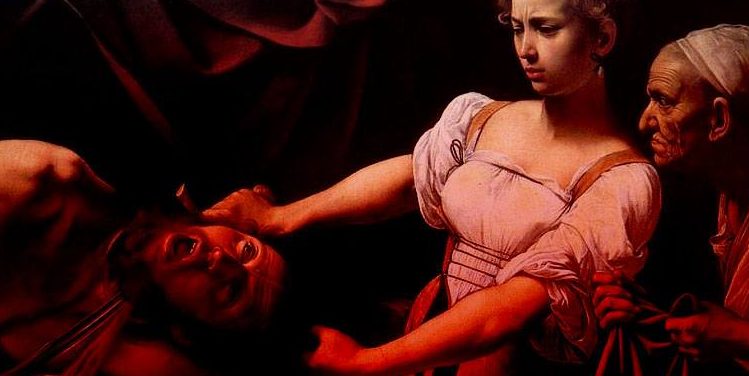 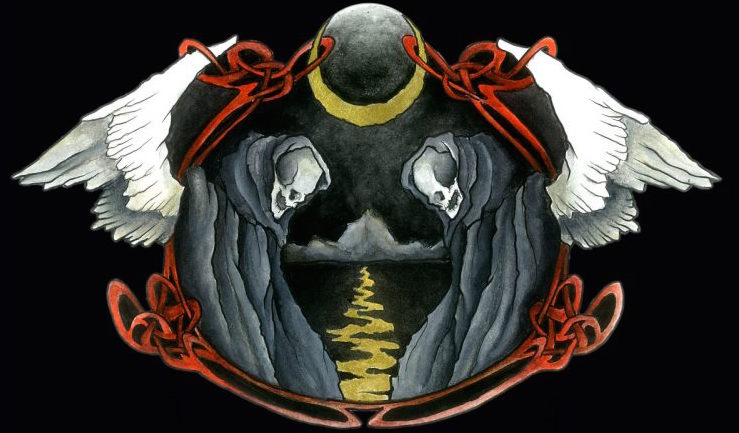 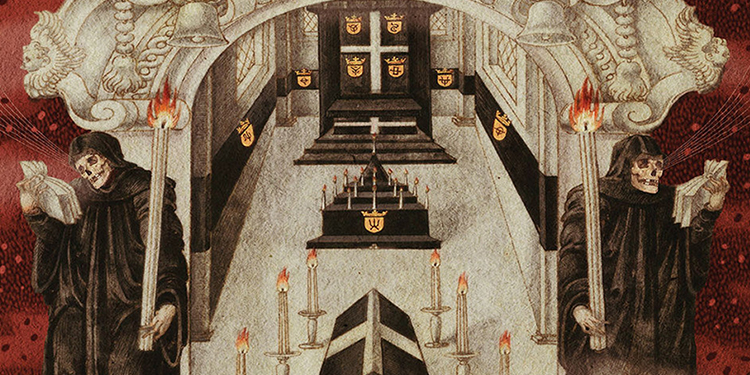