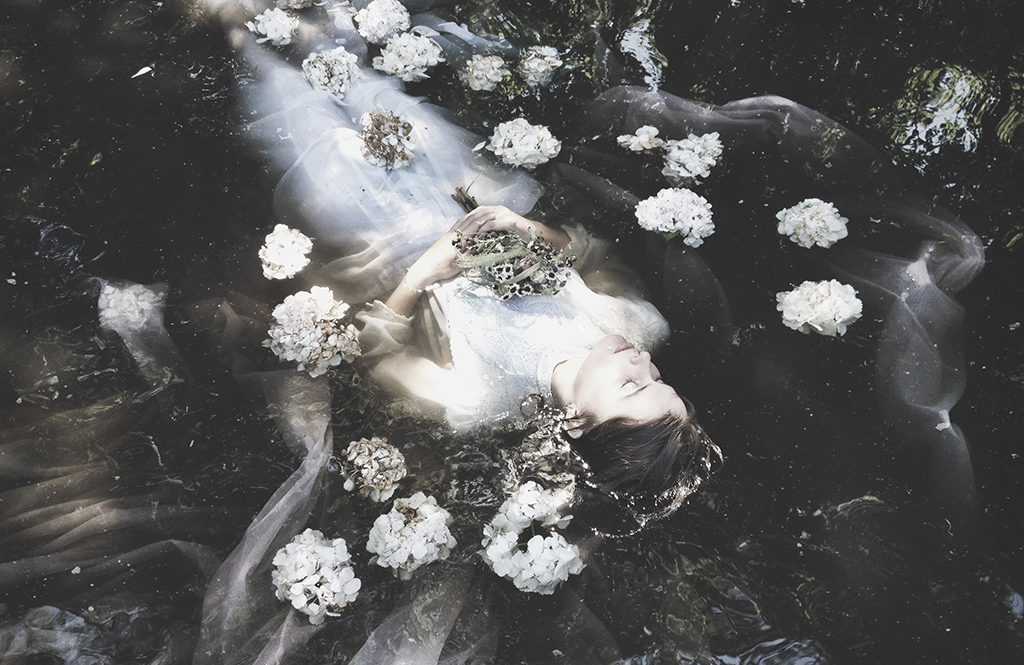 I remember this day so well. It was a cold and extremely foggy January morning when me and my friend “Anaïs” decided to take advantage of this serene yet sinister weather. At that time, I was reading some books mainly focused on Norse and Celtic mythology. Later on, I realised that this ‘creature’ we created was inspired by the Morrígan: an unpredictable goddess, both associated with life and death, shape shifting herself into a crow or raven when preparing for battle. This photo is the beginning of her transformation from human into bird.
I like how people are always asking me if she’s bending forward or doing some strange crooked movement with her body. I want people to be surprised and a little bit disturbed when they first lay their eyes on my work, asking themselves, “What the hell am I looking at?” I think this piece really triggers that feeling. I’ve always had a fascination with deep, dark waters. When I was a little girl, I was always scared of what could be hidden in the depths of the ocean (secretly I still am, though it has turned into a fascination instead of a fear). I like how this photo seems serene and calm, as if she’s being sacrificed and given back to nature after a way too short life. The contrast of the black waters and the Hydrangea flowers combined with her pale skin and translucent garment somehow evokes an Ophelia-esque mood. I like how the dark waters have both shadows and reflections, creating all kinds of strange silhouettes of other possible living creatures swimming and crawling underneath her. Two years ago, I went on a trip to the Czech Republic with my boyfriend to watch Chelsea Wolfe perform live in Prague. I also had this big wish of seeing the Sedlec Ossuary Chapel in Kútna Hora after reading the book “Empire of Death” by Paul Koudounaris. We took the train on the second day of our trip, and I was mesmerized the first time I saw this place with my own eyes. The ossuary is estimated to contain the skeletons of between 40,000 and 70,000 people, whose bones have, in many cases, been artistically arranged to form decorations and furnishings for the chapel. A treat for the eyes for someone with an obsession with the macabre like me. I like to retreat myself into the woodlands and dunes of my hometown whenever I have a day off from work or other obligations. There is a place in one of my favorite forests that consists only of hills, tall grass and large pine trees. During this time, I was reading a book by Dion Fortune called “The Secrets of Dr. Taverner,” telling stories about shape shifters, clinging spirits (dybbuks), hunting spirits and keeping watch over souls. I took a dear friend of mine to this specific “Pine hill” place to model for me. Later on I wrote this short story inspired by Dion Fortune’s book.

“Far up on the hills lies an ancient burial ground. A sacred place where tomb ruins remain hidden between the pine trees and dead grass. A haunted and dread place, where disembodied and tortured souls wander endlessly, seeking refuge from the punishments of the afterlife. Demons whose bodies had been destroyed, looking for other bodies in which their evil spirits could dwell. During the 16th century they became known as the “Dybbuks” (Clinging Spirits), being able to shapeshift into dark shadows or any life-form they wished.”

FIVE “Daughters of the Underworld” I have a thing about turning babes into demon babes. Somehow, ladies look even more attractive with a pair of horns on their head. We’ve had such a fun day shooting this photo series. It was a warm and sunny February afternoon, perfect for a fun day in the woods, which eventually resulted in bumping into a lot dogwalkers and the dogs themselves who thought the same. I wanted to create a psychedelic 70s occult atmosphere using a special lens with a kaleidoscope-esque effect. I am not a big fan of using many colors, but somehow the fiery red hair combined with the subtle pink and brown colors turned out perfect. One of the first ‘professional’ photo shoots I’ve ever done with a dear friend of mine. This photo series is inspired by the ‘Eleionomae’ (spirits of nature). Dwellers of the marshlands, often misleading travelers with their illusions by portraying themselves as their mourning loved ones. Eleionomae have an unnatural aura of beauty as well as an unquantifiable air of mystery, always cloaked in black. Young men who’ve encountered these swamp nymphs never came back. As one story tells: “You never get to see their faces. Those poor young lads are mesmerized by their singing and follow them until they can’t find their way home anymore. Legends tell they get eaten alive once they are lost and paralyzed by their spells.” One of my favorite things to do is scavenge fabrics and vintage pieces at flea markets or second hand shops. One day I found 13 meters of beautiful voile fabric, which I wanted to turn into a dress and use for an impulsive photo shoot. I was so happy with the way the fabric turned out in the photos, covering the model in a billowing sea of black velvet. 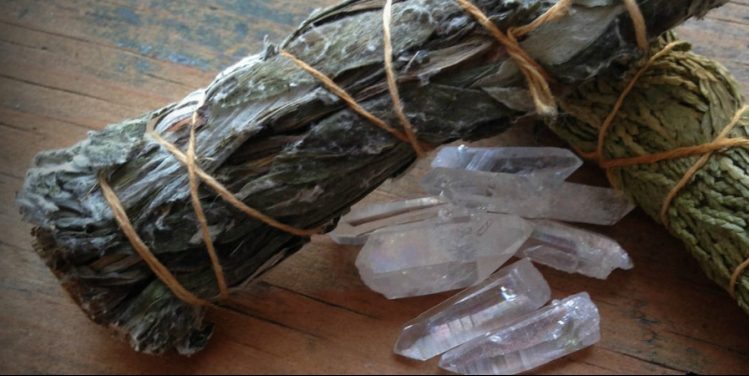 It’s time to get witchy! The pyres are being built and the smoke is in the wind…it’s time to summon the will to destroy... 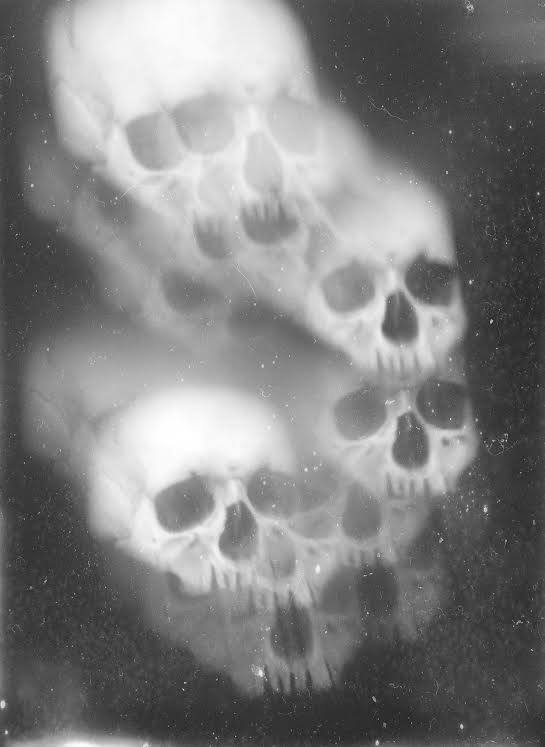 There is nothing more mysterious than the places the human mind goes when the body sleeps; as the limbs go limp and breathing goes...