In a recent interview that Zach of the Spectres did with RØSENKØPF, the dark NYC trio named a diverse array of influences that included Skinny Puppy, Aphex Twin, and the Birthday Party. This makes sense, when one listens to the new 6-song, self-titled LP on Wierd Records, the home of modern coldwave-infuenced acts like Led er Est, Xeno and Oaklander, and Martial Canterel. Unlike those labelmates, RØSENKØPF have a grittier and more psychedelic approach that incorporates some aspects of deathrock (and even black metal) into what is an overall experimental industrial-sounding whole. It’s hard to believe San Francisco’s Chrome have not been brought up as an aural point of reference when describing RØSENKØPF; Chrome’s weird mix of postpunk, psychedelic rock, and dark, industrial atmospherics is a good analogue to the strange, black vortex of noise that RØSENKØPF creates.

The lead track “Burning Spirits” on the new LP (no relation to the Japanese crust fest, to my knowledge), starts off with a slowly building medley of primitive synth and drum effects, like an early Foetus song. Finally, swirling psychedelic guitars kick in and then howling, Exorcist-style vocals issue forth from the white noise maelstrom. Here, the vocals are a little like Bone Awl or Transilvanian Hunger-era Darkthrone. Fans of black metal would definitely dig this, and, in fact, “Burning Spirits” seems to be a live fan favorite. It’s not hard to imagine Varg Vikernes of Burzum making a track like “Burning Spirits” back when he was experimenting with synth-only compositions. RØSENKØPF are not quite as lo-fi as Burzum’s synth-only stuff, and there is something about RØSENKØPF’s overall style of music that reminds of newer lo-fi goth rock acts like Blank Dogs, Blessure Grave, Grave Babies, and Soft Kill. And yet RØSENKØPF are more experimental than any of those bands.

My favorite track on RØSENKØPF’s LP is probably “Heed.” (RØSENKØPF drummer Emil also notes that this is his personal favorite song by the band.) It’s in “Heed” that I can most clearly hear strains of bands like the Birthday Party, Bauhaus, and other deathrock acts. Saira’s low, rumbling bass is great; Soren’s twangy Birthday Party-esque guitar fits perfectly. The nearly 6 minute-long song sounds a little like an acid-soaked jam session between a drunken Nick Cave, Whitehouse, and Bone Awl on shrooms. The vocals get a little howly, again, at the song’s apex – something that adds an unexpected black metal element into the mix. Live, Emil’s drumming is simply incredible (see the video of this track below). The band state that a common technique of theirs is to use a pre-programmed drum machine with Emil’s live drumming tracked on top of it.

Indeed, there is a “jam session” quality to RØSENKØPF’s songs, and this is only partially reflected in the fact that most tracks hover close to the six minute mark. (The song “Burning Spirits” is itself about seven and half minutes long.) RØSENKØPF’s songs have unique underlying structures; there is the feeling that by the time one reaches the end of a song one is listening to something completely different than how the song began. A good example of this is the track “Troth,” which is a wandering musical journey from point A, to point B, to point X, then back to point C, and so on. The early experimental synthpunk of acts like Nervous Gender or Reseau d’Ombres figure large in my impression of RØSENKØPF’s sound, and even if the band isn’t cognizant of these influences, they feel like kindred souls to RØSENKØPF to me nonetheless. It’s easy for me to imagine RØSENKØPF developing into a band like Lost Sounds – especially the way Lost Sounds sounded on their first LP, 1999’s Memphis is Dead, when that band tried to mix black metal, deathrock, and garage punk together into a strange new mix. (See Lost Sounds songs “It’s My Dream” and “Satan Bought Me.”) If Rosenkopf proceeded in that trajectory, it would be a great development; but even if they stayed as they are they would still stand out as one of the more original bands working in this territory today.

Unlike fellow Wierd artists like Martial Canterel, RØSENKØPF’s songs are not generally danceable. So, although RØSENKØPF’s name (and the way they spell it) might attract fans of witch house, it should be known that the band’s stuttering drum beats, Soren’s swirling guitars, spacey synths, and screaming vocals ensure folks will be more likely to want to drink absinthe and take acid to RØSENKØPF, not pack the dance floor. “RØSENKØPF is the result of the combined influence of 3 people coming from very different points of reference,” bassist Saira recently explained, which is easily believable. “There was no pre-meditated plan. This is just what comes from us working together.” Singer/guitarist Soren added, “We try not take ourselves too seriously.”

If you like no wave-y type stuff like Nervous Gender, early experimental industrial like Foetus or some of Chrome’s psychedelic postpunk, experimental black metal, and the weirder early stuff by Alien Sex Fiend (or better yet, Alien Sex Fiend collaborating with Whitehouse) you will dig RØSENKØPF. Their approach is novel and even kind of deconstructionist – stripping down aspects of various genres of music and recombining disparate elements into a darkly trippy new whole. Simmering and noisy tension music, sizzling with white noise, bleak psychedelia, and suffused with shadowy undertones — that is RØSENKØPF in a nutshell.

Zach of the Spectres recently did a great interview with RØSENKØPF here.

RØSENKØPF keep an official band blog here.
They also have an official Bandcamp page here.
Their page at Wierd Records is here. 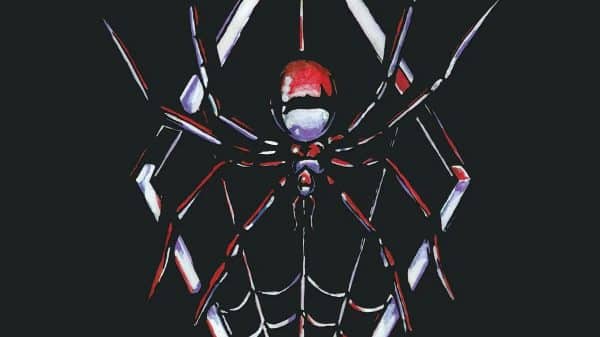