Every cloud has a silver lining. While we all wait patiently for a new Cobalt record, we find ourselves becoming reacquainted with the sorrowful folk band, Man’s Gin, with their second album Rebellion Hymns who include Cobalt’s Erik Wunder in their ranks.

Meshing dark folk, country and the twang of Americana, Wunder has proven what a versatile and adventurous player he can be and joined by companions in Josh Lozano (upright bass) and Scott Edward (guitar, piano and lyrical contributions), Rebellion Hymns is, simply put, a staggeringly impressive record from the opening notes to its dying moments. Clocking in at over an hour, Rebellion Hymns is a dizzying journey through raw emotions and the human condition.

These acoustic driven folk ballads of despair are powerful odes to “the bottle and wasteland America” but are still soaked in an overwhelming sense of frailty and foreboding. Wunder’s voice is laden with the imposing inflection of Layne Staley and Eddie Vedder, and haunted by the ghosts of Townes Van Zandt, which makes for a totally invigorating presence and bolsters the frail/powerful dynamic of this album. If you were to imagine the vocals of Patrick Walker on 40 Watt Sun’s The Inside Room for just a moment. While he and Wunder sound different vocally, they both perfectly harness the two sides of their vocal chords in a devastatingly affecting way.

Rebellion Hymns is a journey from start to finish. It’s drenched in sorrow and mourning but flickered by an eerie sense of hope emitting from Wunder’s vocals and the strum of his acoustic guitar. ‘Inspiration’ blooms on the album’s opening seconds with yawning piano keys reverberating through the dreary notes of a guitar from Edwards. It’s clear straight away that Rebellion Hymns is aiming for a more grandiose experience than its predecessor Smiling Dogs.

It’s a mystifying and enveloping listen from the off, and tracks like ‘Varicose’ and ‘Off The Coast of Sicily’ serve to only bolster this feeling, with dark folk and ambient chimes meshing to beautiful effect. The former’s pleading vocal melodies are the most emotionally obliterating of the record while the latter deals out darkly tinged hooks with aplomb.

‘Never Do The Neon Lights’ marks an invigorating high point for the record, where Wunder’s croon crafts affecting tales, accompanied by rich acoustic passages, a suitably brooding guitar solo and lonesome harmonica taking centre stage at one point, all scaling to a rich harmonious conclusion to the track that is emotionally reeling.

Man’s Gin have also assembled an impressive cast of collaborators to join them on this escapade, such as Jarboe and her unmistakable wails and moans while the likes of Bruce Lamont and Cobalt’s Phil McSorely lend their skills too. Man’s Gin has carved out a harrowingly affecting album that’s equally beautiful as it is mournful but always totally stunning.

Rebellion Hymns is out now from Profound Lore 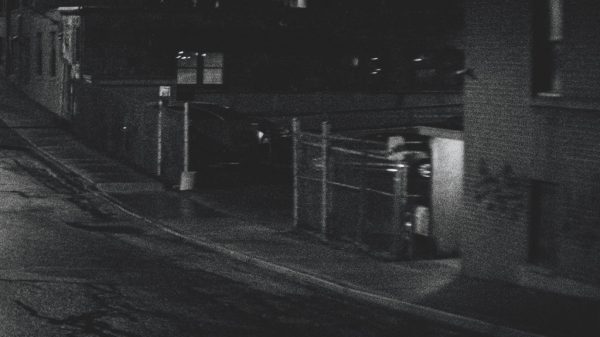 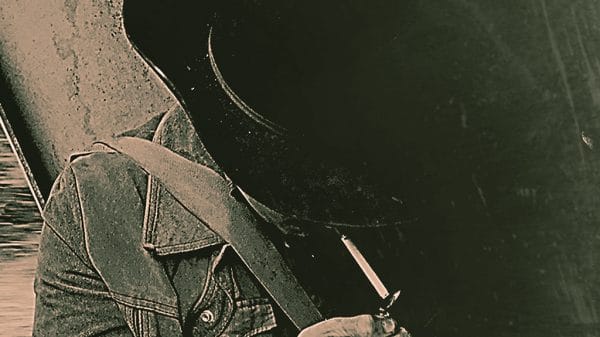 This heart-wrenching Dark Country visual by BENJAMIN TOD is powerful!

I write this post with a heavy heart and a weary mind. I grew up in Georgia as a youth, and today I’ve been...