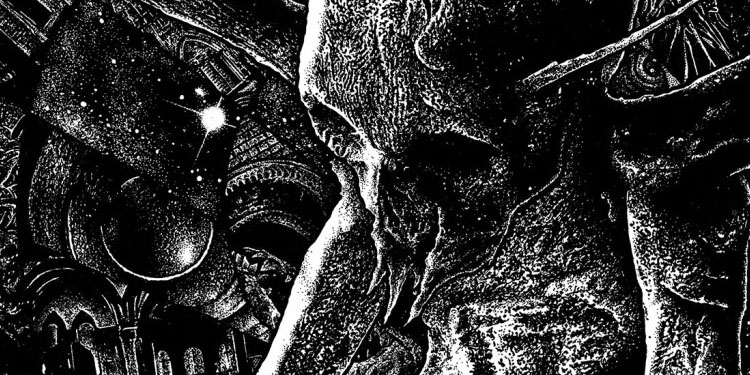 Black Metal is quickly becoming one of the more experimented-with genres, and as a result you have genius releases like the POISON BLOOD self-titled debut. Taking a page from such disparate sources as Rudimentary Peni and Danzig, the duo of Horseback’s Jenks Miller and Krieg’s Neill Jameson have crafted a darkly melodic, terrifying work in this record. Poison Blood will be hitting the streets on August 11th via Relapse Records, and trust me when I say you’re going to want to pre-order it here or here. Today we’re honored to be streaming the track “Circles of Salt” below – check out a quote from the band about this strange and wonderful song. Also – much respect for using the amazing art of Viral Graphics for the cover of Poison Blood!

“Circles of Salt” is probably the one track on the record that truly strays away from the source material by being closer in feeling to some of the weirder black metal that came out in a pre-Xasthur age. Because of this I wanted to approach it in a less direct way than anything else on the record and, like I said, with it having more of an old depressive feeling to it I thought about what I would do if I were recording it in the mid to late 1990s, which is that I’d give it more of a Forgotten Woods vocal style and have it mixed backwards from how I recorded it to give it a more paranoid frenetic feeling with undertones of Danzig “IV”. The title itself is a nod to The Banner but also fits the mood of the song, a somewhat morose comfort which lends itself to protection from the misplaced and unrealistic optimism of the naive world.