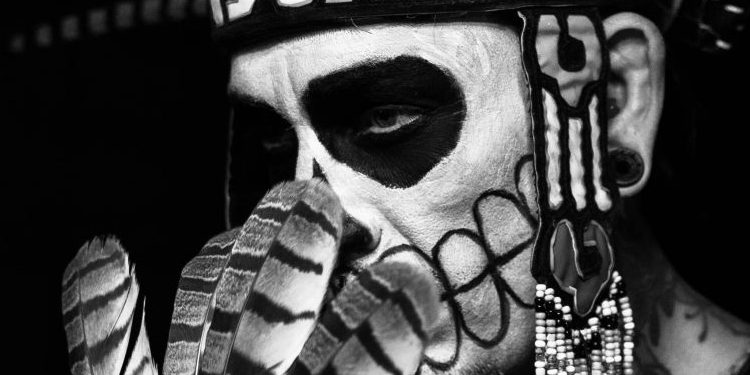 Denver is bursting at the seams with some of the most talented and HEAVY bands around. Within that element, many of the artists are versed in other outlets, imbuing the city with a diverse, ever expanding and developing, underground. One of these artists is Alvino Salcedo, well known as the bassist and vocalist in the inimitable, monstrous Of Feather and Bone. Alvino’s artistic aesthetic is well defined, poignant and complex. With so much to express, it’s no shock that he utilizes other media as conduits for content with a focus in photography. Alvino goes by Pale With Decay when showing his photography and he and I chatted recently about all things Pale With Decay. Without further ado and with distinct pleasure, before you is a detailed background of his work as well as 9 pieces, handpicked by Alvino, that he believes best represent his approach. Enjoy and go buy some fucking prints!

In lieu of utilizing the standard question and answer format, we parsed the conversation down to the meat and most important parts:

ALVINO: I started photography as a hobby. Not having much knowledge of it previously.

A friend of mine sold me her old camera and she actually also became a mentor in teaching me a lot about what I needed to know to get started. With that camera I watched a ton of videos and read up a lot about photography and the camera I had. After that, I just started taking photos of anything and everything. A great hobby of mine is to hike and camp. Being from Colorado I’ve always been around the mountains and find peace there. So it was natural being driven to take photos there. Alongside my fascination with the macabre and dark aspects of life, playing in a death metal band kind of pushes the need to express death through image.

Everyone has the their own depiction of death, mine is beautiful yet stark. Whether that be using a subject to do that or just displaying nature, architecture, etc. in a manner that relays to death. I’ve done a lot of photo taking as a hobby. It wasn’t until recent that I have started to make money with my art. People wanting commissions, band photos, art shows, etc. These things really challenged my skills from the get go, but as time went on I felt an immense amount of pressure from needing to always be creative and updated with my photos and edits. These “deadlines” I needed to fulfill really took the fun out of why I wanted to get into this in the first place.

I recently just got back into taking a lot of photos like before. Taking about 6 months away to reconnect with photography really helped me prioritize this art expression back into my life. Pale With Decay explains just that. Working ourselves, our resources, our souls towards the inevitable. Some may never experience the other perspectives that life has to offer and others will. No matter what, death is certain and awaiting us all.

Read on to see Alvino’s lyrical, vulnerable and insightful captions to 7 handpicked pieces (in his own words, edited only for semantic purposes – i.e. fragments serve aesthetic purposes), then smash that etsy link and make him a thousandaire.

Architecture has always been an interest of mine. Going to Europe for the first time showed me so much I have never seen before. It really helped to solidify that the world is truly filled with new ways to look at life. This is a photo of St. Vitus cathedral in Prague. I take a staunch stance against organized religion, but my fascination with architecture can’t be put more to visual than what archaic beliefs went into building the edifices of deceit. This is another example of perspective at the entrances to Notre Dame de Reims, in France. It is an example of the overbearing presence that religions has over us as a species. Death, whether it be the Grim Reaper or a bright white light, everyone has their own belief regarding what happens when this plane of existence expires. I cherish the beauty of death. I lived my younger life terrified of death. 10 years ago I lost my mother; she was hospitalized for the last three months of her life. I spent every day in that hospital with her. When her health kept deteriorating, my father and I decided to remove her off of life support. I held her while she passed on. It was in that day that I saw my mother’s pain stop that I understood death a little better and didn’t see it as something to fear, but as something liberating: a natural progression to the next step. Regardless of how it’s defined as reincarnation, heaven, or paradise, I know now, without a doubt, it is energy returning back to the universe. This photo is a blend of elements of winter, the season of death, and the idea that even death itself can be desolate, hopeless and not solely the personification. Nature. Of all the billions of species that inhabit the earth, the human is the only one arrogant enough to believe that it deserves better. That its the species to remain superior because of its technological abundance. With all of the resources in control, enslaving other species for sport, blood lust, or just pure selfish entertainment, the human is still the only species incapable of symbiosis. Every eco system functions together. As one unit to ensure that the system stays flourishing. Humans are a parasite. They exhaust all resources from a system and then dump the waste then move onto the next host. Humans add no beneficial gain to the earth. But as a species, through waste, consumption, procreation, blood lust, enslavement and overall disregard, will kill off everything that is harmonious on this planet. This photo shows a species more ancient than our own. Surviving solely off of instinct. The human lacks this natural element that every other species has. The strength of the bison is not one many will witness. Our ancestors kidnapped us and we are the children of that privilege. Nature yet again. Humans can destroy it, inhabit it, exhaust it. But when put to the true test of the elements of extremes; mountains, snow, deserts, heat, oceans, etc., the human is unable to persevere as a species. Sure, with the proper equipment survival is a struggle, but as a natural creature, the human can’t survive the way the wolf does, the ape in the jungle, the marmot at high elevations, the scorpion in the desert. The human is a waste of a species and energy. The mountain that stands is a representation of a piece of nature that will always be superior to humans. Amongst nature and death, is culture. My heritage is Aztec and Huichol. This photo was a series of photos I took to show my take on this colorful culture and really throw my take on the macabre alongside. The cemetery. One of the most fascinating inventions. The true arrogance of the human. Unwilling to accept death so they create wasteful receptacles to preserve something that is meant to naturally decay and return to the earth. Instead, the human convinces one self that death and life can be intermingled. Arrogant to accept that decay is part of the cycle and that they can somehow suspend death and halt it. In this article:Alvino Salcedo, of feather and bone, Pale With Decay 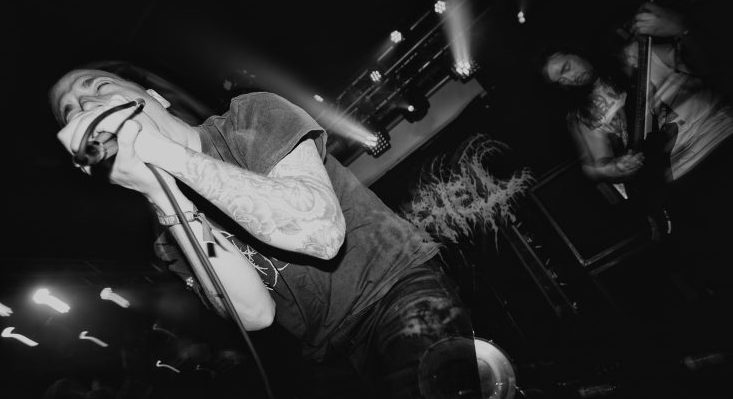 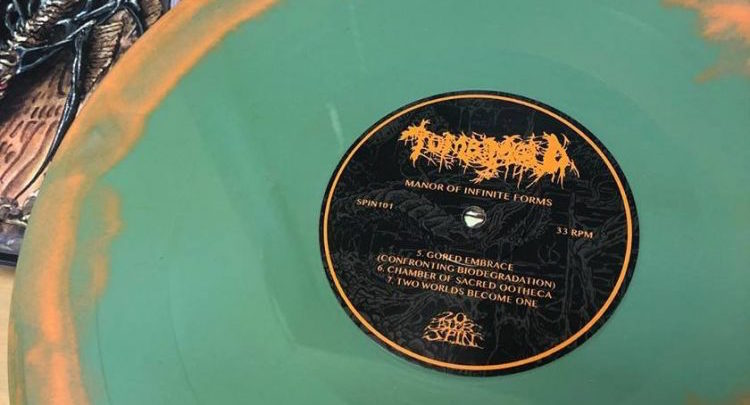 Gold Standard? Well.  Where do I start? It took one listen for me to realise what I’d got my grubby hands on, an album...