For my first post here on CVLT Nation, I wanted to focus my attention on Norwegian Rat, a clothing brand from Norway. Named after the formidable, highly destructive and found worldwide Rattus Norvegicus – Norwegian Rat was conceived one mid-winter night in 2009 in Etne, a small village deep in the West Fjords of Norway. Focusing on Norway’s dark history and obscure traditions, Norwegian Rat make intelligent clothing that is just as immortal as the Norwegian Rat itself. The passion these guys have for exploring their heritage, and translating history into something wearable, runs deep. They’ve even named their logo after the late and influential Norwegian artist Theodor Kittelsen, famed for his illustrations inspired by the legends, dark folklore and nature of Norway. Music is at the core of Norwegian Rat, and to date they have collaborated with Norwegian bands Kampfar, Slegest and Einherjer, with a list of other exciting collabs in the works. Norwegian Rat recently had the enviable task of creating the merch for the one time only Blekk Metal Festival in Bergen, and, as a proud owner of one of their Blekk Metal t-shirts – featuring the art of astoundingly talented Norwegian artist Anders Rokkum – I can say, hand on heart, that it’s probably the comfiest piece of merch I’ve ever picked up from a festival (they still have some in stock, in case you’re wondering…). One thing that’s immediately noticeable about everything that comes from Norwegian Rat is the attention to detail. From the pick pockets in their 1349 Jeans (named after the year that the plague arrived in Norway), to the uber useful zipper pockets in their (extremely durable) Shopping Bag, to the leather details on the shoulders and elbows of their Skakke Hoodie, to the sturdy tags which come attached to every purchase and make excellent bookmarks. I got in touch with Thomas, one of the team at Norwegian Rat, and asked what was on the cards for 2016, and he had some exciting things to say. One project that he revealed includes bringing tattoo artists from Norway and further afield into the fold and giving them their own line. Norwegian Rat currently have a sale on a number of items in their webshop, including the epic Skakke Hoodie. My advice is to move fast! 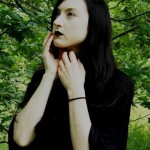