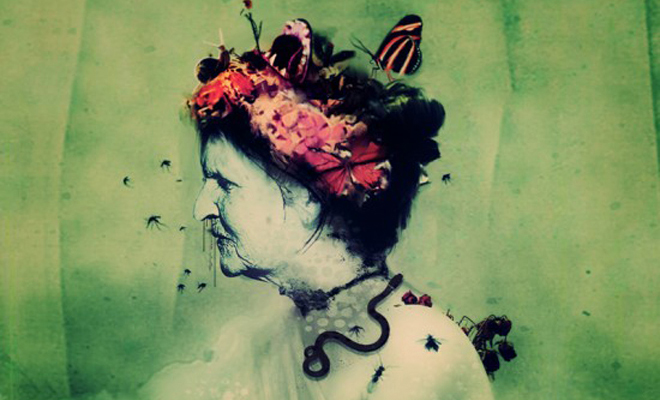 If you go on the Monolord Facebook page right now, the About section is filled with just one word – “Doom”. This sort of straightforward self-description sets the tone for the album Empress Rising. It’s doom, and the band isn’t interested in any auxiliary sub-genres to pepper their meal.

Specifically, the band is taken with psychedelic doom, and these Swedes have their horns raised firmly to the old school for this debut full-length. There are flourishes of Pentagram and Electric Wizard abound on this album, and unabashedly so.

However, the five slabs of psychedelic miasma that make up this record are all glossed with an unavoidably modern and sleek production that gives the album’s faint hooks some space to rear their heads.

The stoner riffs from lone guitarist Thomas V Jäger are total monoliths of sound. It’s impressive that the band is just a three-piece and is able to conjure up such a sprawling and vast audio trip. This becomes very clear on the opening notes of the title track that morph into towering grooves led by the hypnotic trance-like vocals that repeatedly chant “empress rising”.

‘Harbinger of Death’ steps up to steal the show though with cataclysmic riffs executed at a slovenly snail’s pace and the band couldn’t care less as the album’s most cavernous and hypnotic ring out above.

Empress Rising, for all its psychedelic tendencies, is still unavoidably catchy and memorable, striking that difficult balance.

Granted, Monolord’s album, in many ways, preaches to the converted. They know what they like and they go ahead and play it. It’s not a new phenomenon of doom we’re staring at here, but it’s certainly a compelling one, with more riffs than you would care to count.