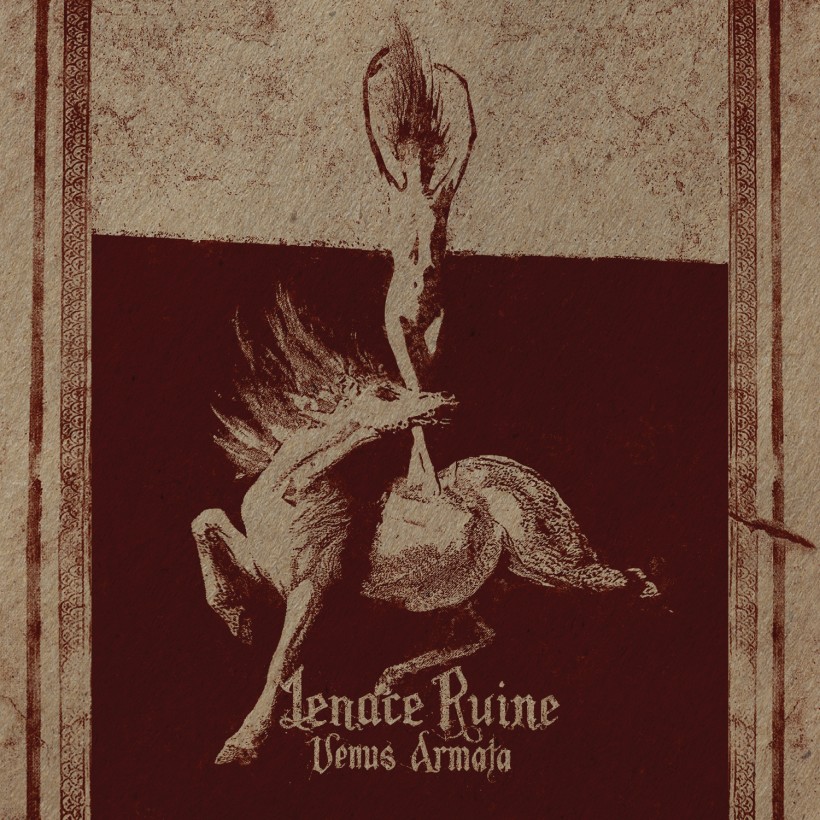 Back when I was first listening to Alight In Ashes, I was intrigued by their use of folk elements, leading to a neo-folk point of view from the band, something quite obvious in “Salamandra.” And they still implement some of these practices in their new endeavor, most noticeably in “Red Sulphur.” Genevieve’s vocal delivery allows for a folk vibe to be revealed in quite a few moments. And speaking of her vocals, in Venus Armata she is just on another level. It seems like the music has taken a small step back and allowed for her voice to be right in the spotlight, doing what it does best. Her performance on “Soothing But Cruel” and “Marriage in Death” is especially amazing. In other instances, the use of double tracking is very nicely done, as in “Belly of the Closed House,” making the vocals sound huge, as if they are coming from beyond space and time. And even when the music is more extreme and dense, like for instance in “Torture of Fire,” her voice is still able to cut through as clear as day.

Apart from all that, it seems like the music of Menace Ruine has mutated even further.There has always been a black metal vibe coming from the band – for instance, in “Set Waters to Flames” from Alight In Ashes – and even though it is still present, it has taken on a different role this time round. Venus Armata is more about exceeding the limits of noise and power electronics in any way conceivable. The feedback on the record overall is a great asset, with controlled moments, such as in the opening track, more menacing, for instance in “Marriage in Death”, and completely pushing the boundaries in songs such as “Soothing But Cruel” and “Torture of Fire.” The two aspects of the band – that is, music and vocals – contrast perfectly, with Genevieve’s voice offering a tragic lyricism and melody while her sonic experimentations captivate your attention with their sheer intensity. Funnily enough, Menace Ruine offer a few more melodic moments, as in the beginning of “Belly of the Closed House.” Still, the boundaries between melody and dissonance soon start to blur and shift, until you cannot not tell whether melody or dissonance prevails.

What is equally impressive is how Menace Ruine lay out their songs. The progression in some of the tracks is purely amazing. From the buildup of the opening track, with the band taking their time before they unveil Genevieve’s voice in all its glory, to the minimalistic attitude in “Marriage in Death,” and its very fluid progression, Venus Armata manages to always remain interesting. The more upbeat vibe in “Red Sulphur,” for instance, is quite unexpected, while the abstract setting of “Soothing But Cruel” works great for the band. And do not get me started on the circling arrangement of the closing track. The title track is a complete takeover, with Menace Ruine going even further in pushing the limits of what is sonically conceivable, with the discordant parts being able to almost tear holes in your brain, and Genevieve giving her strongest performance on the album.

Venus Armata is a bitter album, filled with interesting twists and turns. But what is really important is that Menace Ruine still go about pushing further and further, not resting or standing still. The depth of the album is insane; their ability to experiment with all the different sounds and create such intriguing soundscapes is simply amazing, while always retaining their melancholic and mournful core. You definitely need to check this one out.