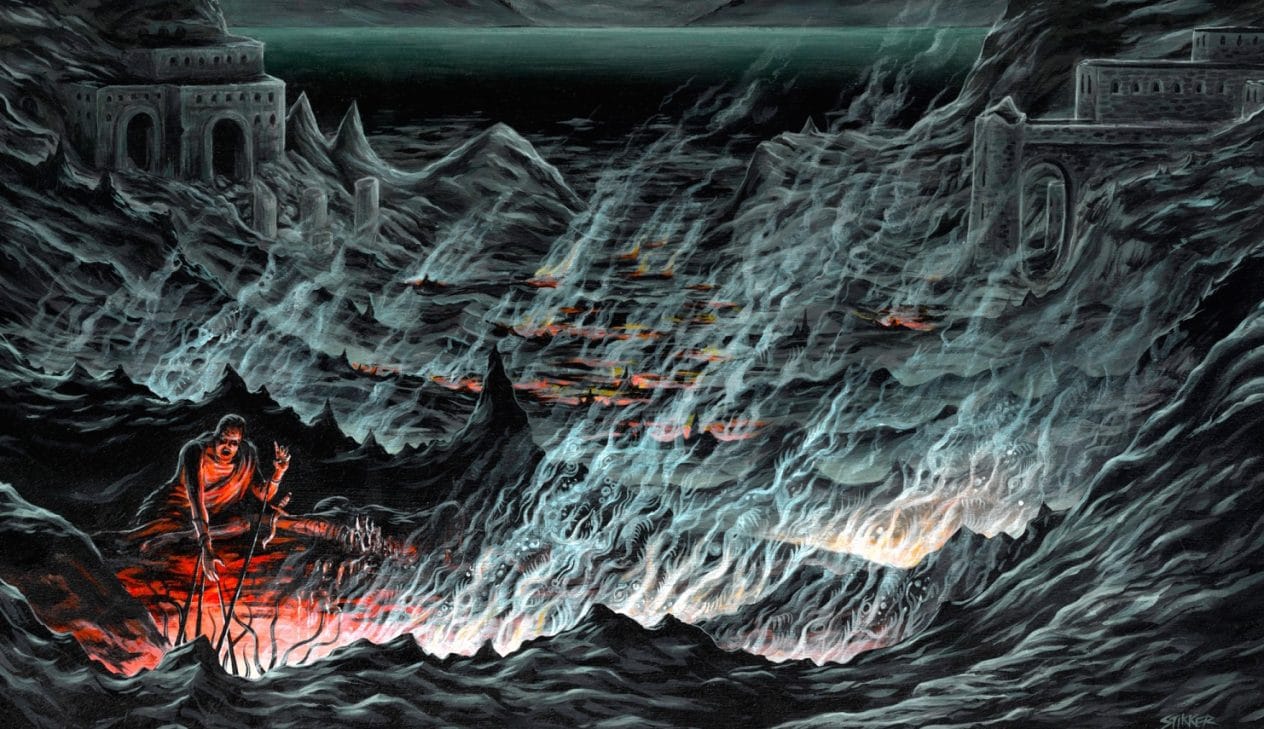 This is some serious shit right here. There’s a little bit of atmospheric drabbling at the beginning and then it’s down to business, head’s bent, shoulders slumped, driving Death Metal. Portland death-cult Witch Vomit slam out their newest release, keeping in the tradition of their earlier material, and yet expanding on it in small, subtle ways. The brutality is there, in spades, as is the unrelenting horror. Pummeling is a good word for it, as each song beats you about the face and neck like you were a criminal caught doing something wrong, and now it’s time to pay.

These guys excel in dank, morbid metal. Every song sounds like it was recorded in a dungeon underground, thick and mossy and dripping with decay. And yet every note is clear, nothing lost in the sludge of power and crushing violence. I love when bands do this. It’s nearly impenetrable and yet somehow totally accessible. This kind of production was almost impossible twenty years ago and now seems easy as pie. Don’t let that fool you, though. Yes, melodic elements flourish here and there, but they only add to the misery, allowing brief glimpses of false daylight and freedom, of the beauty in the horror, before the horror takes over completely. Like a worm-dripping corpse, this beast slumbers from the grave and seizes you, carrying you back down into its warm, wet, vile embrace. Here you will dwell for all eternity.

Bands like Tomb Mold get all the hype these days, while guys like Witch Vomit get unfairly ignored. I’m here to tell you, if you like TM, you’ll love this. They’re both cut from the same cloth but I think Witch Vomit deliver more bang. It’s the little touches, the Prince of Darkness audio sample, the small wing-ding guitar flourishes, the cripplingly heavy riffs. All of these combine to make a mortifying, unrelenting listen. Fans of Death Metal in general might as well go ahead and order this, and fans of Entombed and bands like Dismember will lose their minds. This is your jam right here.

The crypt is ripped open, and what lurches out is the very best Witch Vomit has to offer. Let the horrifying death consume you.