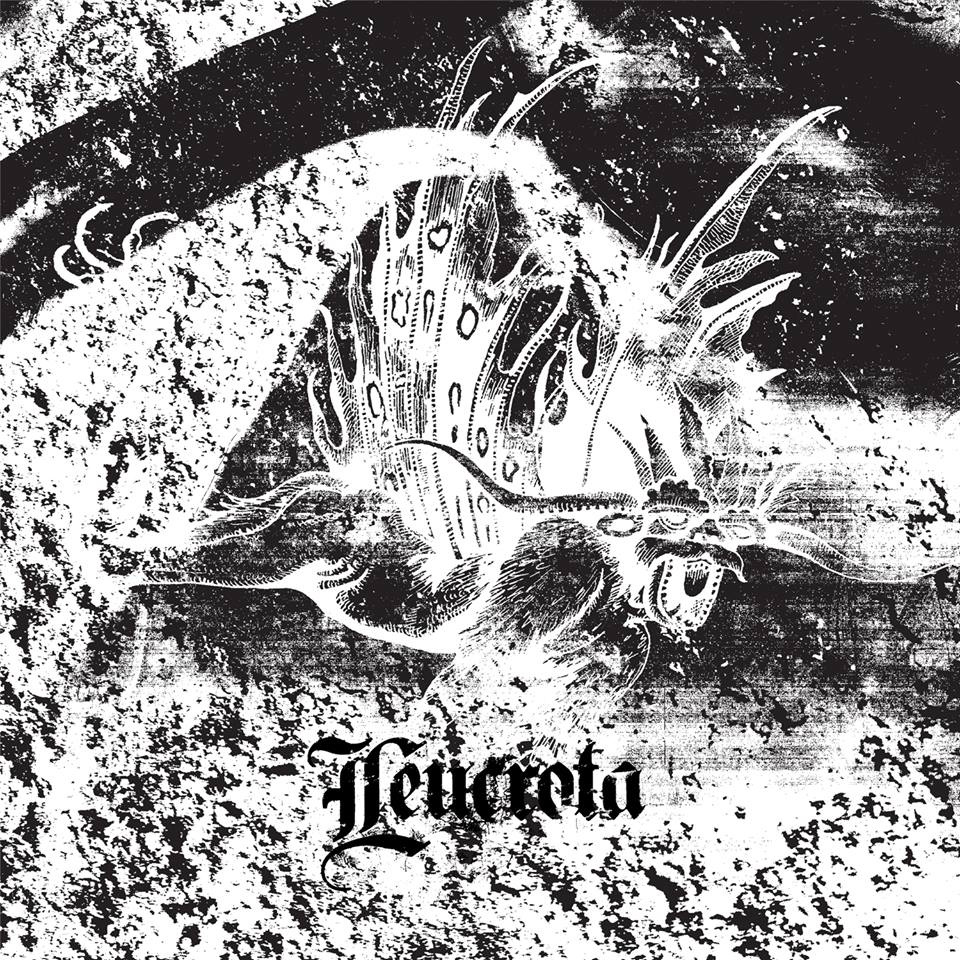 As label Sentient Ruin puts it: LEUCROTA‘s debut Demo is “a smoldering twenty minutes of completely wretched, botched, cruel and self-mutilating hardcore punk with, crust, d-beat, sludge, noise rock and black metal striations”. The label also states that “Leucrota are the sound of teeth grinding, bones rattling and skin rippling in fear. They are the sound of hunger, starvation, emaciation, loss and of one’s endless slipping into an abyss of despair”, and also that “their abrasive, death-ridden, vile and suffocating hardcore punk is the shit of nightmares,” comparing the band to “Black Flag run through the most frightening dungeons of the most horrifying mental hospital. Born Against plunged into an abyss of hallucinating madness. Unwound run through a meat grinder. The Jesus Lizard Wretched and disfigured from within with a daunting selfcombustion of grimness and bitterness completely spun out of control”, and finally asserting that the band sounds like “hardcore punk, noise rock and black metal colliding and disintegrating in a hideous implosion of despair”.

Now, all that the label has stated is true. Even when they state that “everything in this band’s music is a choking and a beating, constant, uninterrupted humiliation and sadism.” We can’t help but back up the label’s claims. In fact this four-piece band from Santa Cruz has created a debut offering of harrowing cruelty and of unimaginable aural cacophony. The blown-out and skin-peeling production of the demo (that will probably not please high budget purists) just enhances the character and personality of this work even further, presenting us a band that at its first ever outing has come up with one of the most dream-shattering, filthy and ferocious punk releases we’ve heard all year. Thoughout the five tracks of this demo, you will hear Leucrota scream, squirm and twist in and out of a nightmarish sonic landscape of wretched hopes and hallucinating despair. The band takes crust, (neo) hardcore, noise rock (!!!) and grind and pushes them through a funnel of black metal bleakness that will leave fans of bands like Cursed, Heartless, Dead in the Dirt, Torch Runner, Baptists, Centuries and older stalwarts like Void and Crucifix begging for more and mercy at the same time. The rhythms in this demo are unrelenting and cruel as one could ever possible imagine, the atmospheres are suffocating and bleak and the overall feel of the album is that of pure fucking trauma, of despair and torment escalating to fucking apocalypse-level shit. In a mere twenty minutes, this emotional rollercoaster headfuck of an album comes to a stop, leaving a wake of battered flesh and shattered emotions behind it, and as you catch a breath and finally grasp for air after the album loosens its cold grip from your throat, you wonder in complete disbelief what in the fuck could have ever physically and emotionally assaulted you with the cruelty and rage that this demo has. Leucrota are a scary band. Their intents are unmistakably steered in the direction of complete annihilation, and their vision is that of total misery built on a fucking mountain of physical pain. Catch the band as it relentlessly continues to wreak havoc up and down the West Coast. Sentient Ruin released this bitchin’ demo back in March, and although unfortunately the badass tapes you see below are sold out, the digital version of this record should keep your nightmares alive for fucking days.