Underground Black Metal, what more is there to say to present this label? Quite a lot actually, as you will see that these are not your traditional “regular” black metal bands. Les Acteurs de l’Ombre (meaning shadow’s actors) is a French label/webzine containing in its roster some of the most exciting bands of the upcoming/ongoing new era of black metal. They’re labeled as avant-garde, post-metal, emotional and complex music (on their facebook page), but I wouldn’t necessarily rely on those tags to define what great music LADL produces, and the greatness some of its bands are destined to. I will talk you into their current roster (even if their old bands were also great: Ebonylake, Numen, Cult of Erinyes and even Deuil) with what I hope will be passionate words that will convince you to give them a try.

But couple of other things before you sink into the depth of the earth. LADL is a tremendous label if you are looking for tapes, most of the things in their shop are tapes. I don’t know if this is specifically a black metal thing, if the lo-fi format suits that kind of sound or if it’s a “back to the roots” thing but I like it when people do the extra mile to provide something different.

I also recommend you their youtube channel if you want to listen some of the songs of their bands. Why you ask ? Because some of it is presented in a fun way, filming in close up the vinyl of the band on a record player. Again, nothing revolutionary but it’s a nice touch.

THE GREAT OLD ONES

With a name like this you can easily guess that their universe is inspired by fantastic writer H.P. Lovecraft, as the great old ones are deities in his world. Their last album that blew everyone’s mind in 2014 is entitled Tekili-li, which is a cry used by the Shoggoths, mystical creatures from At the Mountains of Madness. But enough about Lovecraft references, you can figure them all out by yourself if you take interest in the band; let’s talk about how they sound and why you should listen to them.

Their music is incredibly transcending, to a point where you feel the epic rising inside of you as their high pitched riffs merge with blast beats. What you get when you listen to an album like Tekili-li is a deep bestial feeling that knows when to stop and let you contemplate the beauty behind each monster. Plus, some of the songs have little interludes in them where they read some parts of the short story At the Mountains of Madness with their own words, a nice touch. If you likes bands like Saor, you should dig them. Maybe the most known band from their roster, at least in my opinion, Regarde Les Hommes Tomber made a name for themselves with a single album, a beautiful self-titled released in 2013. Often falsely compared to Celeste, I think their sound is closer to bands like Terra Tenebrosa. Their album just reeks of evil and dark corners, and still manages to make you beg for more once it’s over. This isn’t as black metal as the rest of the bands on this list; to me, it’s more a dark post-metal that sometimes sounds a little blacky, just like Terra Tenebrosa. What you can find in their S/T is a really rich and diversified sound; it’s not utterly complex, but it will need several listening sessions to be able to fully appreciate the depth of their songs. You might have indirectly heard of this band without knowing it, as we recently did an article about their drummer and his tattoo work under the name Business For Satan. Otherwise, Paramnesia is a tremendous post-black band with 15 to 20 minutes tracks that could remind you of some of Wolves in the Throne Room’s earlier works, while still managing to tear apart your insides. If you like atmospheric and ambient black metal soundscapes as well as shrill screams and transcending guitar riffs, this should be right up your alley. Like I said, you’re in for a great voyage when you listen to a 20 minutes track of Paramnesia, alone in the night, just staring at the unknown. At least that’s how I want to experience it. This is what we could call medieval black metal, it’s very European (as well as black metal in general, you might add), since this is the only place that really had a medieval time regarding castles, knights, plagues, “god given” royalty and peasants. So you take a French band, you add some French history and religious obscurantism themes, you play a music that smells like the 1700’s and you have yourself a medieval black metal band. If it was that simple, bands like Sühnopfer would be everywhere, but he (because it’s just one guy: Ardraos) finds a balance between melody and pure power, while hanging tight to distant vocals that give this “raw” feel to it. You can truly hear it on his last album Offertoire, that took him to another level at the end of 2014. Fun fact, he never played any live shows. Sühnopfer, as well as the next band, is also on Those Opposed Records. It could be easy to put Darkenhöld in the same category as Sühnopfer, and not just because they went to the same school of putting umlauts in their names, but because in many ways their sound falls under the same spectrum of melodic/medieval black metal. That said, I find Darkenhöld to be more accessible, and a little more diversified, maybe due to the fact that this is not a one man band, but it still sounds medieval and fun as hell though. In the end you can definitely say that if you like one you will probably like the other. Maybe the most experimental/avant-garde band on the list so far, Pensées Nocturnes mixes black metal with some bal-musette, and for those who don’t know it’s a traditional French musical style that you play with accordion. If that doesn’t intrigue you enough to check them out that means that you probably already know them. Sadly, they didn’t release a thing since 2013 and their album Nom d’une Pipe!, but it was a good one, incredibly versatile, with some tracks being surprisingly relaxing and lounge-like. Believe it or not, this is yet another one man band.

This one is all the way avant-garde regarding what you would expect from something labelled “black metal.” But who cares about labels (wink), this band is awesome and is composed of two men, one being Vaerohn, the mind behind Pensées Nocturnes. Their music, while inventive and easy to fall into, contains a lot of clean vocals, so maybe the most difficult to immediately get a grasp on for a “classic” black metal audience. Still, I feel it would be criminal to not give them a chance. This is the last band that entered the roster early 2015, so I have nothing for you to listen except their previous albums on a different label. “Terribilis Est Locus Iste” for example, is a fascinating example of how energetic and close to hardcore black metal can be, while still sounding filthy as hell. Expect to hear something new from them on LADL by the end of the year. Serve As Thou Wilt! CVLT NATION interviews THE VATICAN 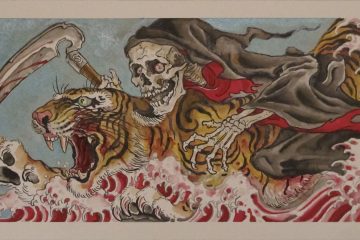 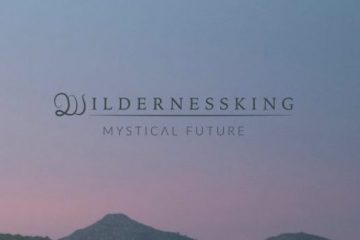 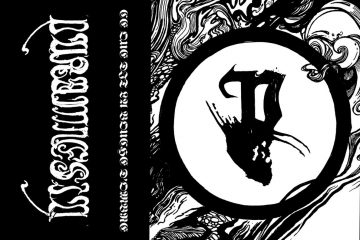 House of the mighty The Great Old Ones 🙂