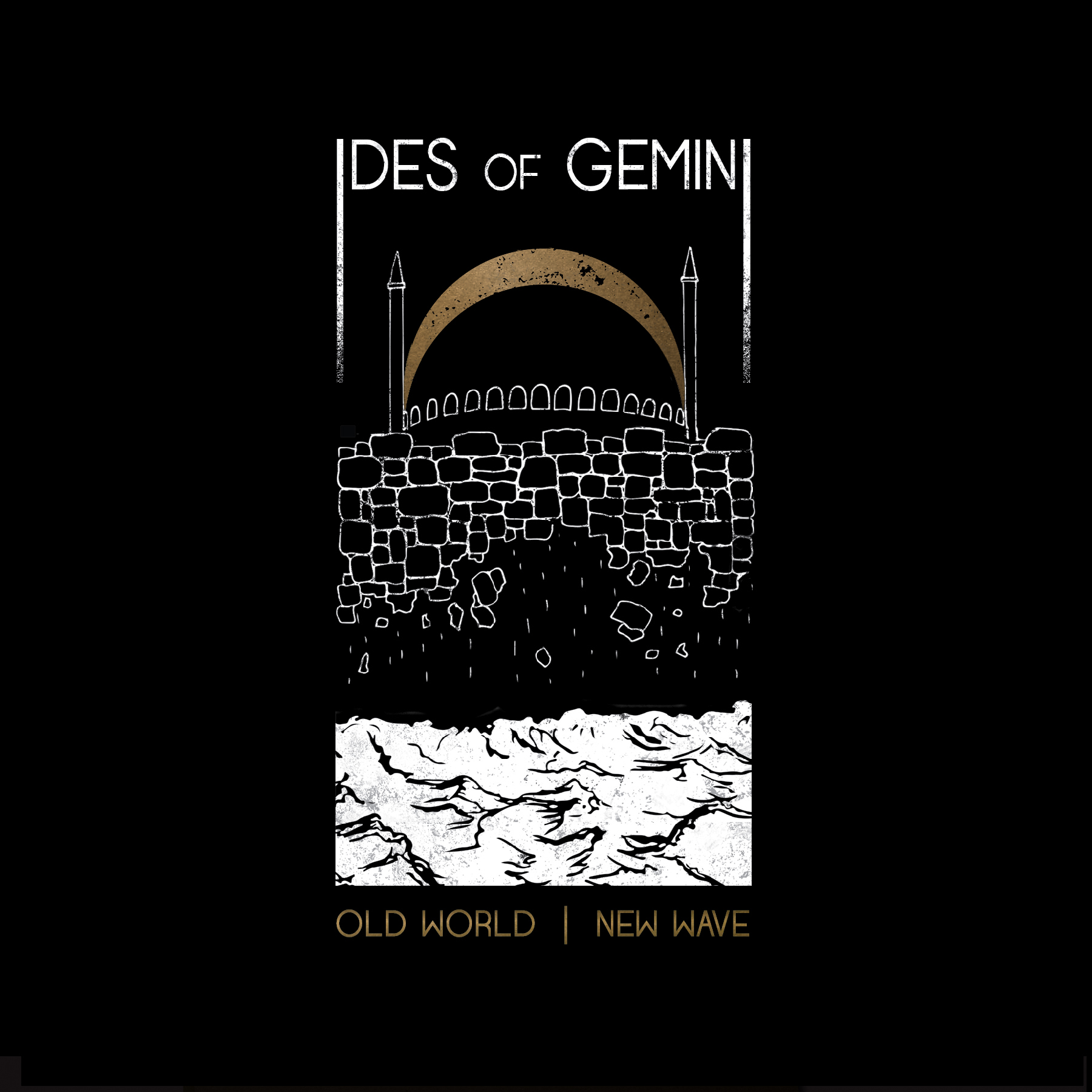 After listening to Constantinople, the debut album from Ides of Gemini, I was intrigued by the band. Their style of play is quite interesting and can be described as “dream doom” or something of that kind. It has the weight of the doom metal scene but there is also a more ethereal side to the band. So, following Constantinople, Ides of Gemini released Hexagram, a 7” through Magic Bullet, and have now returned with their sophomore full-length, which also marks the second album they are putting out through Neurot Recordings. I guess that some will start comparing Ides of Gemini to the occult doom bands with female singers, such as The Devil’s Blood, Jess and the Ancient Ones and Purson, but that would be unfair to both sides, in my opinion. The style of Ides of Gemini does not really fit in the same category.

Immediately from the start of the album you get some fucking energetic riffs coming via “Black Door,” giving the song a great groove. Ides of Gemini create a solid foundation for their track, with either catchy riffs, as is the case with “Seer of Circassia,” or with more upbeat moments, such as in “The Adversary” and “Feremorde.” And what is even more important is that they know how to complement their music by adding on great hooks to it. The power that some of their choruses carry is insane, with the opening track being a firm example of that. And when you add to that the band’s incorporation of melodies, their musical structures become even more varied and interesting. Take “Valediction” for instance, which offers some very disturbing melodic lines; and then there is of course the closing track, “Scimitar,” really shining with its guitar work.

But that is not all Ides of Gemini can produce. The band incorporates more dissonant parts, as is the Neurosis-like moment about two minutes in to “The Chalice & The Brace.” And there are parts when the guitar leads come in and really hit the spot, as is the case with “White Hart,” and in a much more emotional way in “May 22, 1453.” The latter is actually a return to the theme of Constantinople, with the title being the date when a lunar eclipse (blood moon) occurred, prophesizing the fall of Constantinople. So there is also something epic within the music of Ides of Gemini, and there are parts where the band really nails that big sound motif, as is the case also with songs such as “White Hart” and “The Adversary.”

And here comes the biggest asset that Ides of Gemini have: that is of course the voice of Sera Timms (previously also of Black Math Horsemen, you should check their only full-length Wyllt, because it will blow you away). Her performance in Old World New Wave is just insane, with her voice being able to deliver haunting parts, as for instance the ending lines of the opening songs, the ethereal overlays in “The Adversary” and “The Chalice & The Blade” and huge performances in “Seer or Circassia” and “White Hart.”

In Old World New Wave, Ides of Gemini do their best to capture all these different aspects of their sound, and they pull through. From heavy groove moments like in the opening track “Femerdore,” which is just one big hook, to the mesmerizing “May 22, 1453” and the more epic “White Hart,” the band goes though all these different modes without revealing any weak spots. Let’s see where they can take it from here.