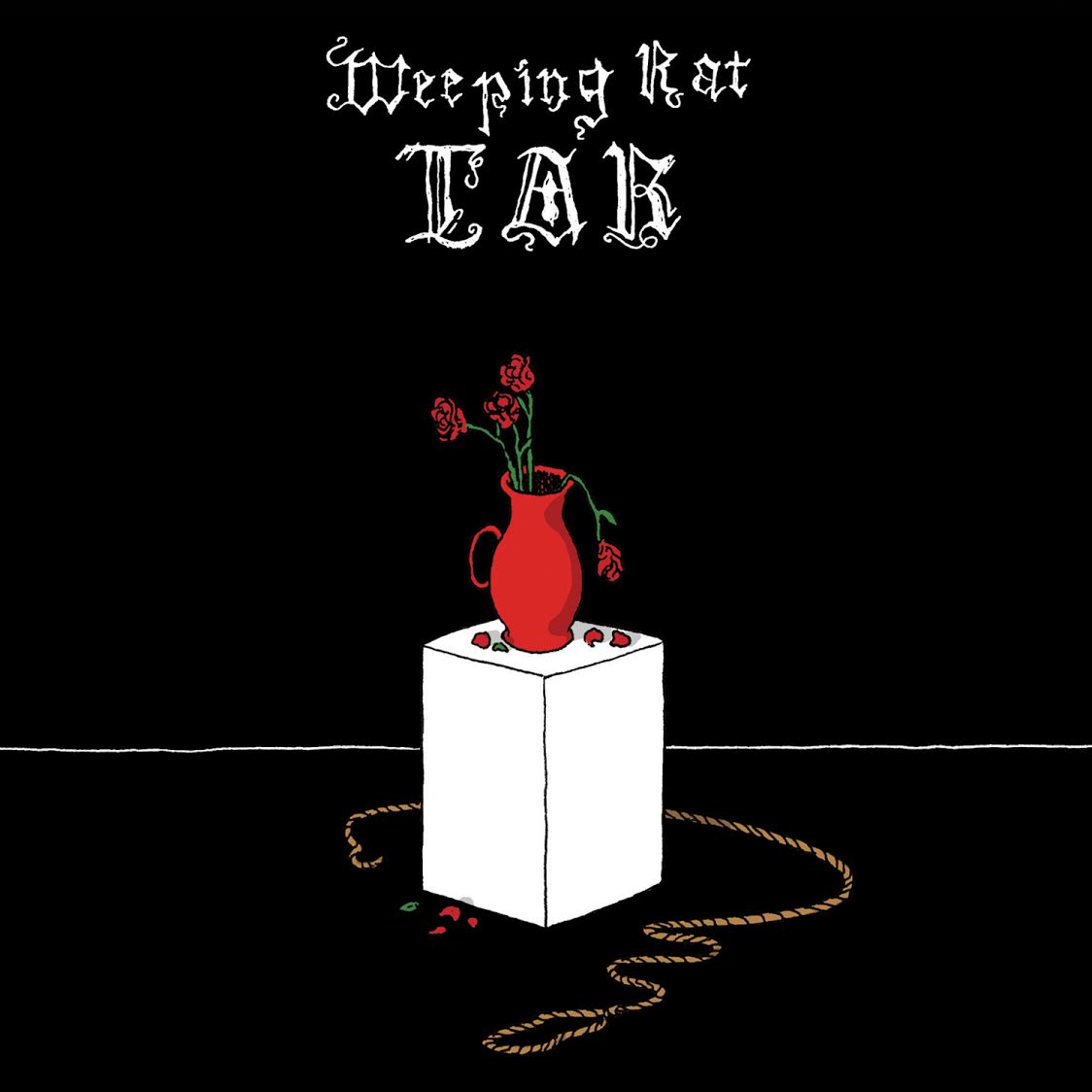 The post-punk project named Weeping Rat slipped through the cracks in 2014. This curious industria-tinged post punk band from Australia started off as a solo project and became a trio over the course of the past two years. There is a lazy drawl that harkens back to Jim Morrison in the vocal department. They float somewhere between shoegazed-out punk and indie rock. The songwriting comes together on “Come to Consciousness,” while “Satan’s Bazaar” finds them shuffling into the shadows somewhere between dark wave and the stark post punk of someone like Joy Division. The bass player is really killing it; they trickle out exotic scales as the static drum and the wobbly waver of the guitar pour themselves over this album like it’s freeform jazz from Transylvania. They don’t allow themselves to be held in one place by their drum machine.

The echoed guitar of “Coil” slinks around the monotone narrative. The lush crystallized guitar puts them back into a more shoegaze glaze. The singer loosens up and starts singing an actual melody. There are some industrial flirtations; the beats tend to be on the flimsier side of the spectrum. The bass gets meaty for “Leather Wrapped Rabbit Hole,”  and the freeform manner in which the singer spouts off opaque poetry is sometimes the only thing that holds the song together. The bass line gives a narcotic throb to the garden of dissonance taking root in “Transparency of Two,” and some alluring sounds are captured amid the chaotic murk. The stream of consciousness flow to their songwriting borders on psychedelic. They give the occasional punch to add more urgency to the dynamics.

One thing Weeping Rat has going for their often abstract ambiance is that it is certainly dark enough to keep the painted frowns in the Bat Cave happy. The Cure-like guitar dripping over the singer’s melodramatic ramblings certainly helps add to the dismal drone these songs carry. There are several moments where it sounds like they might break into “Fascination Street.” With song titles like “Empty Hearse,” this fact is not lost on them. There is a dream-like laze to to the more shoegaze portions of the album’s third act, which the band breezes in and out of from jangly indie rock. “Funereal Train” is a more angular take on the swirling cloud of dark shoegaze they conjure. The chant of “bring me out of time” are the first lyrics that really cut through the din. They rile the drum machine into something almost like a blast beat on “Deal With the Devil.” Some of the sounds carry a similar feel as early Merchandise. The cleaner guitar pattering like rain drops over the distorted beats. The album closes on a similar note. The synths accent the pulse of the undercurrent running through the song. The singer maintains his moan, with the guitars becoming the real centerpieces. These guys might have elements of the whole Ian Curtis-worshiping wave of post punk, but they paint blacker than tar with this cavern of ghosts. This one will grow on you, as initial listens may leave you unsure of what you just heard.