Dry Cough Records in cooperation with Broken Limbs Recordings (US) and Lost Pilgrims Records (FRA) have unleashed the second full-length release from German sludge-punks, Nightslug, and unfortunately for your ear drums and mental stability that means only one thing: total-fucking-carnage.

Hailing from Dusseldorf, the trio create bilious, fuzz n’ feedback-drenched, high-octane sludge metal, riddled with nods to the members’ hardcore-punk and death metal roots. Their previous two releases, both on Per Koro Records, were well received and coupled with regular shows around Europe, helped cement their reputation as one of the finest horrible, snarling, hate-filled bands around. What I love about Nightslug is how they took Entombed’s buzzsaw sound and fucking ran off into the sewers with it. Now, the buzzsaw guitar sound is nothing new. There are literally thousands of bands these days that like to use the (in)famous Boss Heavy Metal pedal to get that signature sound, and that’s nothing but a good thing, because that tone fucking rules when used in the right way, and that’s exactly what Nightslug do. They take that sound and dismember you with it.

Imagine Uprising or Morning Star-era Entombed turned into a rabid slime bog full of acid and sulfur. That’s what Nightslug sound like. They have taken that Swedish death metal sound and turned it inside out into a hellish death-ride into the the most putrid and morbid sludge swamps you could think of. Because of this, trying to pin the band down and define their sound is not an easy thing. Far from being a doom band, Nightslug are nevertheless capable of touching depths of heaviness and slowness that feel like a slow-motion nightmare from which it seems impossible to wake up. Their obvious punk roots do the rest, kicking shit into overdrive and steamrolling over the listener with an absolutely pulverizing rampage of buzzing aggression. The slow-fast-slow-fast alternations the band is capable of are absolutely neck-snapping and make for a highly dynamic and sprawling listening experience.

You can tell this band draws influences from so many different places (ranging from Entombed to Godflesh, to Eyehategod to the Melvins and even Bolt Thrower), and that they then try to incorporate it all into a single maelstrom of raging heaviness that sounds like nothing else around. The final result is an absolute beating to the senses: something that sounds like Nails slowed down to a mammoth bludgeoning, or like Noothgrush fused with Trap Them in an absolutely crushing escalation of heaviness and violence. Nightslug’s Loathe is one of the most peculiar and engaging sludge albums of the year, a release that literally oozes with the  personality of a band that has completely ditched trends to seek a full-on frontal collision with the listener. Absolute aural trauma that will not be soon to fade. 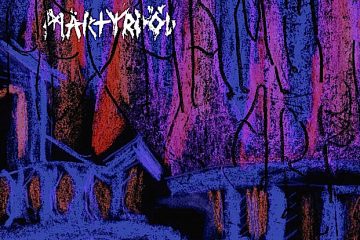