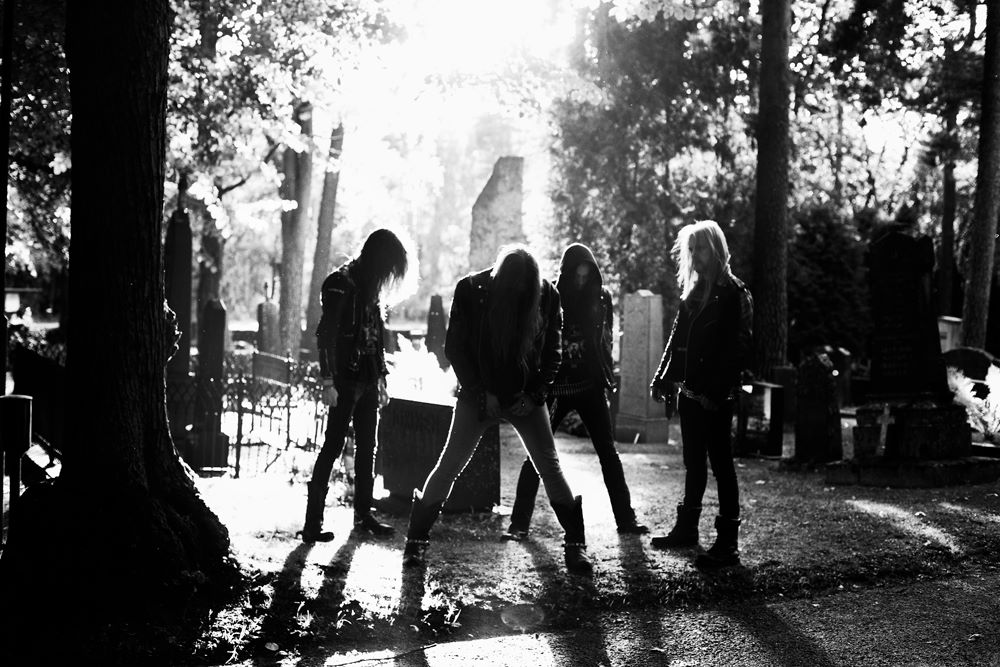 From Finland emerges 80’s German thrash retro black death metal occultists/artists Obscure Burial and their earthquake-inducing 2014 release, Epiphany. Everyone’s guilty of having gushed over a lesser band while in a good mood every so often, but Obscure Burial’s latest is sure to bring a smile on the face of any retro metal fan within a kilometer radius, as this album absolutely destroys the way 80s thrashers Kreator caused a stir in the underground with their classic, Pleasure to Kill. Epiphany sounds like a soundtrack to a ghoul’s cemetery debauchery of dead bodies, with its searing riffs, guitar squeals and pulverizing drums. Make no mistake…if you like the type of retro metal that spawned the black and death metal genres as we know them, you must check this band out!

Every once in a while, a band comes along with demo releases no one’s heard of, and that instantly puts the kvlt back in a record collection full of questionable albums. One listen to Epiphany will separate the aficionados from the iTunes metal fans looking for the real thing just for the sake of telling their friends. Obscure Burial have had three excellent demo releases, and deserve a chance at recording some full-length material, if only for the trve fans!

How can I describe Obscure Burial and this four-song release in a nutshell? Intense. Spirited. Essential. If you’re a retro nut, or a fan of pioneering albums like Pleasure to Kill, Epiphany is a must-have. It takes you back to the battlefield of severed limbs and blood-fed stalks of grass, the way thrash progenitors in the underground had once captured the spirit of WWII with their sound.

Props to the drummer in particular for the full-on assault and battery on his drumkit. The production is quite raw and the album sounds like it was recorded live on the first take. Hey, if it was good enough for Venom, why can’t trve bands use the same method?

Guitars squeal and feedback occasionally roars out of the speakers, especially at the endings of songs. The bass was buried in the mix to help the album sound truly necro 80’s style, and the move is brilliant. While pioneering bands like Kreator and Slayer have gone on to record in posh studios, bands like Obscure Burial make albums that sound like they were recorded in someone’s basement. No kidding! Blast this in your garage while working on your car or something and feel the spirit of the 80’s possess your soul.

When the band flies through a faster section of a song, they absolutely obliterate. When they slow down, the riffs sound like monoliths crashing down a canyon towards helpless tourists. The vocals sound like a mix of black and death, with a rasp and blood-curdling scream that straps Justin Bieber fans onto conveyer belts heading for spinning steel blades.

There are only four songs on this release, but hey, once your boom box is dead after repeated listens of this album, you might want to find a hospital that treats cranial hemorrhages as well. This doesn’t make you bop to the music like you’re playing Coolio – this is certain to collect some collateral damage from your living room.

The feedback closing the album is another highlight. It’s one thing to make the amps shriek aimlessly, but Obscure Burial does a nice job of extracting some melody out of it. It could mean taking your last set of Dramamine pills for the week after a listen.