You’re coming to play in Brazil next month with Syndrome. Will this be your first time in the country and  South America? And what are your expectations for the trip and the concerts?

It won’t be the first time. Six months ago I took a holiday, visiting my good friend Sofie Velghe aka Nicole Twister in Rio De Janeiro. This time I’m hoping to see a bit more of the country, especially São Paolo. I’m also curious about your scene, to meet people and discover new bands. When it comes to my own concerts, I’m hoping that people will be open to what I’m doing and that the shows will be an intimate and spiritual experience.

How did it happen for you to come to play in Brazil? Did you already know some people from here? And were Amenra ever invited to play in South America?

I had met Muriel from Labirinto/Avant South at DUNKfestival in Belgium. She had seen me perform with Syndrome, we started talking and she said she wanted to bring Syndrome to Brazil, for which I’m very grateful.

With Amenra, we have been invited to come to Brazil before, but organizing this is a lot harder, as we’re traveling with 8 people in total.

From what I’ve read, there will also be a video installation by Nicole Twister on your concerts in Brazil. What’s the concept behind using this on your concerts? And were Neurosis and GYBE direct influences for you to have a video being shown on your concert? What’s the biggest difference for you in playing with Amenra and Syndrome? You have really different sounds and intensity, right?

In Syndrome, the focus is more on experimenting. I work with a loop pedal and build my songs layer by layer. It’s a very different approach, regardless if the riffs are heavy or not. The intensity is the most important. Creating a feeling and turning negative energy into something positive.

And do you see them in different ways, like Syndrome would be more like your “baby” since it’s your own project?

Syndrome is something I need to do. A way of blowing of steam and letting my feelings run freely; but Amenra is still the most important thing in my life.

What are your main influences in creating music with Syndrome?

Life. I am inspired by the things that happen in life and by the way this makes me feel. This goes not just for Syndrome, but for all of my musical endeavours.

Besides Syndrome, you have other side projects, like Kingdom and Sembler Deah, both of them with Colin (Amenra). How do you manage your time between them? I assume that Amenra is the most important, the one that guides your activities with the other bands, let’s say.

At the moment, the focus is definitely more on Amenra and to a lesser extent on Syndrome. It is a shifting process. When Amenra has a more quiet period we start doing more with Kingdom and Sembler Deah. We just keep going incessantly, as this is our life.

The concept of Church of Ra is to reunite all kinds of “kindred of spirits” toward your ideals? And what’s the role of Amenra around this?

Amenra is what started it all. The concept of Church Of Ra came about in a later phase. I guess you could say that Amenra forms the engine of the Church Of Ra. With Amenra we don’t want to limit ourselves to our music; we want to use other media such as literature, poetry, photography, artwork, ambient, acoustic … We meet other artists/bands that we feel a connection with and with whom we want to collaborate. That connection is the most important thing. We need to be on the same wavelength.

In Amenra, do you all have the freedom to have as many side projects you want? How do you guys deal with so it don’t get in the way in the band?

We all have absolute freedom to do what we like. It’s a matter of organizing. In a calmer period for Amenra, the focus shifts more to the side projects.

As I am from Brazil, I have to ask this one. Do you know any Brazilian bands? And were you a fan of Sepultura? Recently their singer (Derrick Green) played at a festival with an Amenra shirt.

The two bands I am most familiar with are Muriel Labirinto’s band and Sepultura of course. I used to definitely be a fan of theirs in the Chaos A.D. period, but lately I haven’t been following them so closely.

I’ve also seen their singer wear our shirt and I have to admit that it is a nice feeling to see someone from Sepultura, a band that had an impact on me as a teenager, wearing an Amenra shirt.

I read recently that you guys are working on a new “Mass” album as well as a new acoustic record. What’s the biggest challenge to work on such different records like these ones? And how do you separate/divide all the work?

In Amenra the writing process is very slow. Above all because we have a lot of shows, which leaves little time for rehearsals, but also because the stars need to really align for us to create good music. Soon we’ll purposely have a more quiet period so that we could work on the new Mass and the acoustic record. I don’t really consider it a challenge, but more something that we must do. We have weekly rehearsals and we switch between acoustic and regular music.

As you are the main guitar player in Amenra, the one that’s been in the band since the beginning, I want to know about your writing process. Do you usually create a lot of things in your house and then bring it to the guys?

Everyone plays a role in creating the music. We all prepare at home and then bring this material to rehearsal where we work on it together.

I know Neurosis has an important influence on Amenra. Because of that, I wanted to know what’s the meaning of being part of their label, Neurot Recordings. And do you consider this (and the release of Mass V) as a turning point for you guys?

For us Neurot Recordings feels like Home. We had just finished a tour with Neurosis and a couple of days later Steve Von Till e-mailed us to ask if we would like to release our next album on Neurot Recordings. That definitely felt like a turning point to us, as it made us feel respected by the people we’ve been looking up to from the very start. Meanwhile, we’ve been doing Amenra for 15 years. We’ve had to work hard to get to the point where we are now and we will continue to do so.

Mass V was produced by the great Billy Anderson (Neurosis, Melvins, Sleep, EHG, etc). How was to work with him, who worked on some really great and essential sludge records? And is there any other producer you would like to work with, but didn’t have the chance until now?

Working with Billy was good. We secluded ourselves for a week at the “La Chapelle” studios, which are in the Belgian Ardens, a mountainous region in the south of our country. To Billy the place felt especially intense as his grandfather had fought there during the Second World War. We went to visit some historical landmarks in the region. The recordings went smoothly as Billy understood perfectly the direction we wanted to take.

A producer we’d love to work with is Steve Albini. From what we gather about his approach to recording, it is something that could fit us well.

You are one of the founders of Amenra. What does the band means for you? When you started, did you ever think about staying together for so long?

To me the band simply means everything. We started out in 1999. At the time, I had never imagined we would be around for so long. Brotherhood is the key ingredient and is what keeps the band together. Togetherness is a word that will ring out through history. This is our strength.

I always ask this one. Please tell me three records that changed your life and why they did it.

Neurosis “Through Silver In Blood” - This is a trailblazing record, especially when it comes to the spirituality and intensity of the music. To me this is the heaviest and most intense record in existence.

Sunn 0))) “Altar”: This record got me into noise and drone music. A new world full of fresh insights opened itself to me. Meditation.

Pink Floyd “Wish you were here”: this is an album from 1975 that’s still every bit as relevant and good today. Timeless music.

When did you started to play guitar? What names were your influences back then?

I’ve been playing the guitar since I was 14 years old. My brother was playing in a hardcore band at the time and he used to take me along to shows. I really looked up to him, and when he wasn’t home, I would sneak into his room and play his guitar. My influences at the time were mostly H8000 bands like Congress, Blindfold, Spineless.

To be honest, I don’t object to downloading. When people really like your music, they will support the band in some way, I believe. Concerning Hydra Head, I don’t know what the main reason is, so I’m not going to say anything about it.

The one thing I’m most of all proud of is the brotherhood in Amenra. The fact that the bond between us is still so strong, even after all these years. 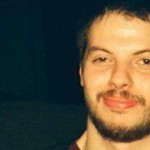 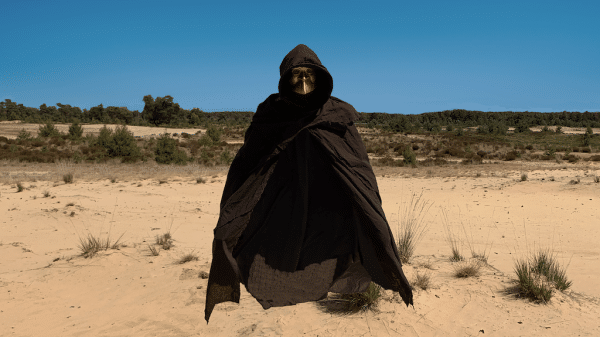 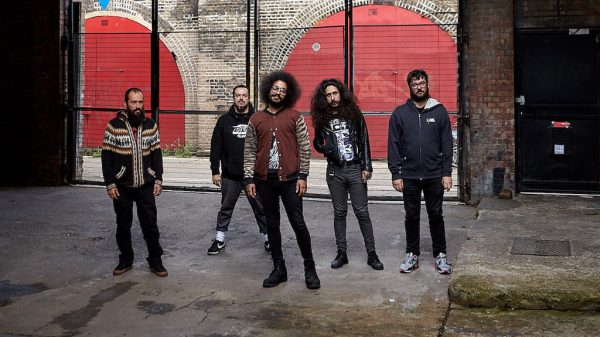 DEAFBRICK is the Language of the Acid-Gods
Full Stream + Interview

Petbrick is duo Igorr Cavalera and Wayne Adams, and they make music that is almost pure noise, synth-driven sonic soundscapes that tickle your ears...