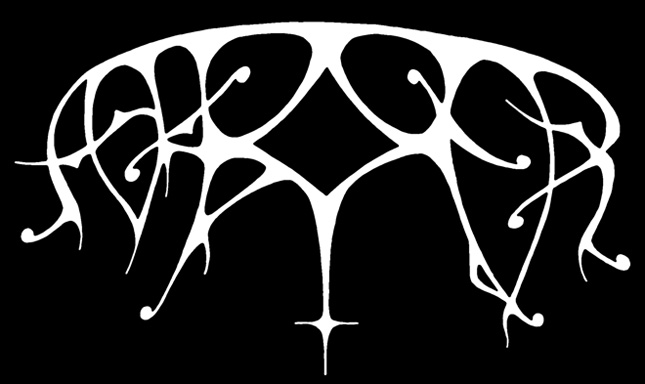 Ash Borer is a name that seems to have been lurking through the Pacific Northwest for an infinitely long time, with appeal and demand for booking from all corners of the regional heavy metal world, and even beyond.

It should come then, as no surprise, that the mind behind Ash Borer is one capable of great and intriguing variety, from punishing black metal, to meditative soundscapes, to introspective cascadiæ, caustic death metal, and even releasing as art.

Having twice welcomed Kyle Morgan to Vancouver in both Ash Borer and Superstition, we figured it was time to better understand the influences and aspirations behind one of the leading minds and one of the most prolific people modern American metal. Kyle: no one seems to really know where you are from- or at least I can’t tell anymore. Can you settle this for me, and give a brief timeline of where your projects have been situated? I feel like my chronology is all kinds of fucked up.

I’ve moved around the country at a maddening pace for the last 10 years or so, with projects arising in every location. Between 2007 and 2012 I was in the upper reaches of the California Coast working on ASH BORER and CEREBRATE. Since then I’ve primarily been haunting Northern New Mexico other than a brief relocation back to the Pacific Northwest in 2014-15. PREDATORY LIGHT was formed in NM in 2013, though has partial membership in the PNW as of 2014. VANUM was conceptualized as early as 2010, but materialized in a more physical capacity in 2014 with myself in the PNW at the time. SUPERSTITION is the newest project that I’m involved with, formed in 2017 in New Mexico. In 2016, Ash Borer released The Irrepassable Gate to the all but unanimous consensus that the band had released its masterwork. Now, with two years to reflect on the album, and the fall out there from, did the album complete its desired effect?

I am extremely proud of that release – it is the culmination of everything we have wanted to do as a band since we formed nearly a decade ago. Compared to earlier works it is a bit of a shift in tone towards a more overtly malevolent din, without sacrificing the explosive, dynamic nature that has always defined our sound.

When we started the band, most of us were in our late teens or early 20’s and in some ways lacked clarity in terms of what we were hoping to accomplish with the project, which served us just fine at the time, as what we lacked in vision we more than made up for in feral intensity. Which in my opinion is what makes our very early releases most successful (of course, there are some good riffs there as well!). However, over time it becomes necessary to distill this huge range of influences and ideas to its essence, which in my opinion is what The Irrepassable Gate is. It is the sound of Ash Borer: what we were chasing all along.

Both Cold Of Ages and The Irrepassable Gate have titles with an almost onomatopoeic effect in regards to the sound. COA is severe, cutting, (obviously) cold, and with a very shrill tone to it. TIG, on the other hand, has a majestic, deep, rich sound, and an ominous overtone that definitely makes it feel like there is no turning back. Talk to me about what happened between these albums that allowed, and made way, for the differences between them.

I tend to think of Cold of Ages as our “true” black metal record. Earlier releases had explored a more melancholic and hazy sound, still rife with harrowing darkness but not as an exclusive focus. When writing for COA we were more interested in exploring and expanding upon the darker, colder aspects of the band, as well as to deny ourselves the pleasure of easy musical payoffs to some degree (in terms of warmer passages and huge dynamic shifts primarily). It was also written and recorded during a particularly bleak winter, which certainly forced its way into the songs themselves.

For most of the members of Ash Borer, the 4 years or so between COA and The Irrepassable Gate were heavily focused on touring as well as seeing many other projects to fruition. Going back to the previous question, while focusing on so many other projects slowed the writing process down a bit, it also contributed to the distillation of the Ash Borer sound. Certain sonic characteristics, types of riffs, chord progressions, etc. couldn’t just be lazily thrown into the mix to provide us with enough material for an LP, instead we had to really spend time thinking on what makes Ash Borer “Ash Borer” beyond just a collection of riffs and drum patterns. This process necessitated a longer gestation period for the album as we have no desire in rushing things or putting out an album that we aren’t 100% satisfied with.

In terms of the sound of the records differing, we have always demanded of our recording engineers that an album’s production suits the atmosphere of the material, and have in depth discussions as a group about the more esoteric end of sound prior to beginning tracking, even if that results in an unorthodox sound compared to whatever production trends are in vogue at the moment. As you mentioned, the material on COA is sharp and severe, so it required a matching production, while TIG has what is essentially the opposite approach to production, again matching the material. We avoid working with engineers who have a specific sound associated with them, preferring to work with individuals who can also immerse themselves in the material and make calculated production choices that fit the music. No discussion about this end of the band (or any of my projects really) would be complete without raising a glass to Andrew Oswald who has recorded most of our material, as well as Randall Dunn who recorded TIG.

Going a little further back in time, the Predatory Light full length was released shortly before that to a great reception as well, but the band didn’t seem to capitalize on that wave of momentum with festival appearances. Were you busy with Ash Borer during this time?

We did do a fair bit of touring around the release, though limited only to the Western US. There was a small DIY tour of the SW/Southern California/Mexico, followed by a performance at Eternal Warfare festival and a short tour back through California with Mortuary Drape. We’ve since done another small tour of the PNW and a festival in Texas as well. All performances were well received and the MD13 shows in particular were insane. Head over to the Covenant Magazine to read the full Interview!