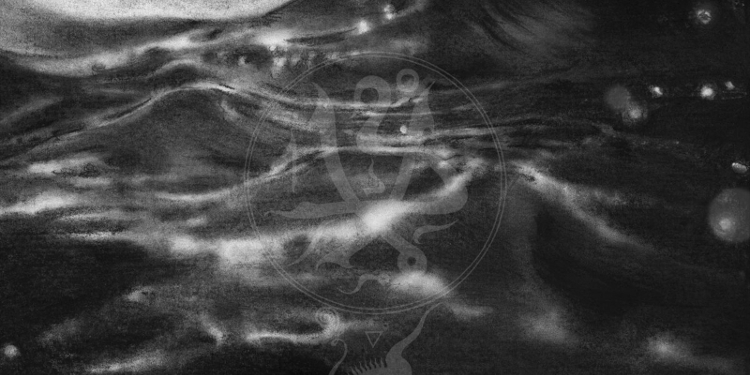 CVLT Nation is proud today to bring you the full stream of Saharan Africa’s black metal enigma MARID’s haunting new LP ” ٧ ٧ ٧ ٧ ٧ ٧ ٧ ” to be released on tape on November 15 by Grey Matter Productions and on LP/CD by Vendetta Records. You can get a taste of this beast by streaming the track “Al Hayat Al Abadeyyah” right here:

For security reasons and for the safety fo the band’s members playing black metal in a place of earth where this kind of activities are banned, there is no technical info available regarding the band’s genesis, members, or origin. Marid (مارد) is an Arabic word meaning “rebellious” or “giant”, but also refers to a type of extremely powerful Djinn spirit. The band’s music is a meticulous distillation of the aura of the barren lands and ancient lore found in one of the most enigmatic regions on Earth, juxtaposed to the dystopian oppression that proliferates under Islamic militaristic tyranny. These are the unusual conditions that allowed for the genesis of Marid in their homeland of the Sahara, a place which has perhaps never birthed a black metal band ever before.

The anonymous initiates of Marid chose the weapon of black metal to wage a clandestine occult war on the modern-day sociopolitical zeitgeists that allow for the destruction of their culture, history, and environment. No other sonic form but the blackest of metal could effectively channel and contain the primal rage and atavistic ecstasy of the spirits of their land. It is these spirits of the Sahara that guide Marid through the art and science of extreme music. ” ٧ ٧ ٧ ٧ ٧ ٧ ٧ ” (which reads “Seven Sevens”) is the debut ritual opus by the band. With lyrics entirely in classical Arabic, and inspired by gnostic pre-Islamic mad poets who would allow the Djinn to possess them in exchange for verses and prophetic visions, ” ٧ ٧ ٧ ٧ ٧ ٧ ٧ ” is a sensorially devastating black metal experience unlike anything witnessed before it.

Thematically and compositionally, ” ٧ ٧ ٧ ٧ ٧ ٧ ٧ ” is an alchemical syncretism of Djinn Sorcery and Western Occultism. The ancient formulas of magic are woven into every thread of the album’s fabric, and it’s tracks are brimming with the visceral and hypnotic intensity of a sandstorm. The three labyrinthine compositions featured on ” ٧ ٧ ٧ ٧ ٧ ٧ ٧ ” cover vast expanses in the desolate realms of Black Metal, with passages that tread fearlessly into atmospheric, folk, oriental, symphonic, pagan, and avant-garde territories… And quite often wandering into unknown regions. ” ٧ ٧ ٧ ٧ ٧ ٧ ٧ ” is singular in it’s savage energy and the deep currents that dwell within it have been unleashed from the Great Desert and into the World.