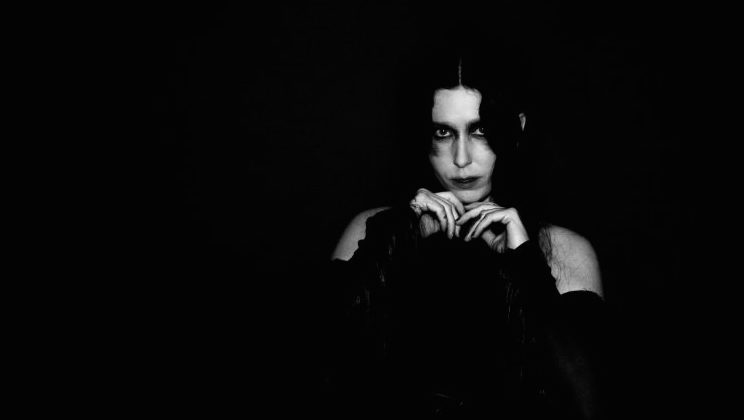 From the beginning of her career, Chelsea Wolfe is constantly transforming. Starting from a neofolk core, one release after the next, Wolfe kept expanding her vision. The sound of The Grime and The Glow became more intricate and dark with Αποκάλυψις, with the true breakthrough coming in Pain Is Beauty. In her third studio album, Wolfe really moved to a different level, adding a further layer both in terms of instrumentation, with the record appearing fuller than its predecessors. By also diving into a state of genre-bending, injecting experimental rock and post-punk influences to her folk, singer-songwriter core, it presented the most complete work from her.

Abyss, Wolfe’s previous album, carried on this successful path. Switching gears, the album featured an ethereal quality, but was further rooted in extreme sounds. Industrial and electronica found their place alongside doom metal and noise, building a perfect contradiction for a truly dark offering. When an artist releases a record of the quality of Abyss, it becomes very difficult to predict what they will do next. One thing that is certain in the case of Wolfe is that she has always favored movement over remaining static. Her sound has been evolving, slowly but steadily from one record to the next, and the case with her new album, Hiss Spun, is no different. The ethereal domain of Abyss has morphed into an earthy manifestation with Hiss Spun. This is one heavy album, drenched in fuzzy guitars and distortion. This is also reflected in the production choice, where Kurt Ballou is brought in to helm the recording of the record. His presence slightly shifts the more dreamy and delicate tone that John Congleton brilliantly awakened in Abyss, and opens up the path for the new direction that Wolfe is undertaking.

The beginning of the record, with the heavy guitars in “Spun” detail this doom laden leaning, as the heavy riffs slowly unfold, and the thick veil of distortion covers the instrumentation. In terms of the distortion, a brilliant sonic fuzz that is achieved here, with a very wooly and asphyxiating quality. Moments like “The Culling” and “Particle Flux” go over the top when this distortion kicks in, and manage to balance exactly the right tonality. Not too edgy, but still adequate in presenting an extreme and impressive quality. This is where the basis of the darkness exists for Hiss Spun, originating from the doom metal fold, but Wolfe offers further experimentation, as is expected. Abstract rock moments are introduced, especially in the case of the opening track, where the progression goes from a short but very potent black metal break, to a free form rendition. It is a risky take, but there is something intrinsically alluring about this loss of self that is absolutely mesmerizing.

On the other end, even though the electronic moments have slightly subsided, there are still times when an industrial take is brought forth. Mainly in terms of the progression and background instrumentation, Wolfe dives into a track like “Vex” which features an astounding mechanical approach and at the same time an elusive characteristic. It is not until I listen to Aaron Turner’s growls that I make the connection with the heavier side of post-metal and sludge. Even deeper is the embrace of electronica in the two interludes of the record, “Strain” and “Welt,” where a brilliant sonic collage is implemented to build a claustrophobic break from the bleakness. Similar to the electronic notions, the folk sound is not investigated to the same ends in Hiss Spun. Moments such as “Twin Fawn” and the excellent “Two Spirit” point towards Wolfe’s past but for the most part, the music dives into heavy riffs and distortion, rather run towards the openness of dark folk.

This array of influences and sounds, diverging instrumentations and radical change of appearance, is exactly what Wolfe does best. Wolfe herself has said that the record operates in a cyclical nature, and switches through different moods, something that is mirrored in the tracks. This is not an album that stays still, in the same way that Wolfe’s creativity does not remain passive. This is not an artist that will be content with finding one specific mode that suits her and run with it. With her voice as a guide, which in this instance is as pristine and clear as it has always been, and this demoniacal attribute running just beneath the surface, she is able to travel further than most dare. For Hiss Spun she quotes Henry Miller from his seminal work Sexus:

“What I want is to open up. I want to know what’s inside me. I want everybody to open up. I’m like an imbecile with a can opener in his hand, wondering where to begin – to open up the earth. I know that underneath the mess everything is marvelous. I’m sure of it.”

All of Wolfe’s works are deeply personal, and that determination to keep exposing herself through her music has marked her career. With Hiss Spun she brings that element back into the fold, creating a work that is both rooted in the dirt and soil of reality, but also looks into the ethereal. The album further continues the path of Pain Is Beauty and Abyss, and acts as the crescendo to her work so far.