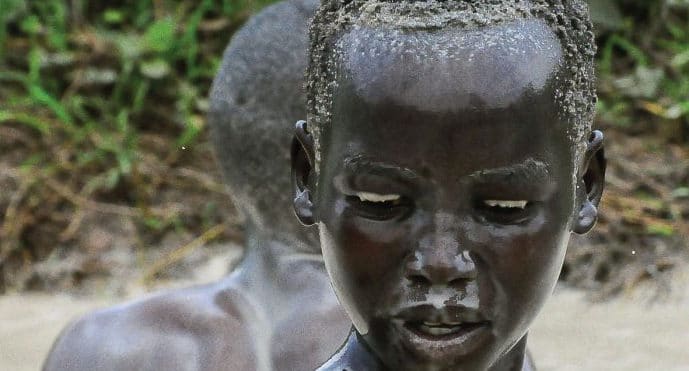 Substantial results can come from the most vague philosophical questions. Marcos Garcia, of Afrobeat/Jazz/Funk band Antibalas, had such a question: “What if Black Sabbath played Afrobeat?” This is how Here Lies Man was formed, to become this transcendental entity investigating the question posed by Garcia. All jokes aside, this is a very intriguing concept, and finding the angles to incorporate Afrobeat themes into heavy rock is not a simple task.

Even though the common elements between these two diverse worlds are sparse, Here Lies Man highlight the common ground. The use of repetition in Afrobeat, used to induce trance-like states, has a compatibility with the slow, circular forms of heavy rock music, and especially of its Sabbath-ian side. Repeating like endless mantras, Here Lies Man combine the two masterfully, building the hazy foundations that will lead into the psychedelic realm. It is the concentric circles principle, the point at which two entities, no matter how diverse, can meet. This is where the foundation of Here Lies Man is constructed, and this record is heavily dependent on the elusive form of psychedelia that is inherent in ’70s rock music, which can be augmented through the versatility of Afrobeat concepts. That does not need to come only through the diverse drum patterns and the structural orientation of the tracks, but also through the melodic additions alongside the heavy guitars, as is the case with “Belt of the Sun.” This is the greatest success of this work, that at no point does it feel that the two worlds have been forced, creating a mismatched final product containing instances of two genres. The worlds are integrated into each other, to the point where the old-school guitar leads can guide to narratives of tribal percussion, as in “I Stand Alone,” depicting the cohesive narrative that the band establishes and the improvisational aptitude inherent in their musical vision.

The question was, “What if Black Sabbath played Afrobeat?” and there is a two part answer to it. The first part deals with the technicalities of the resulting sound. Black Sabbath contained a strong psychedelic side, which they kept revealing through the years in tracks, most famously in “Planet Caravan.” But where Sabbath’s psychedelia was traveling beyond earth, looking into the unknown space, Here Lies Man, instead of taking the interstellar route, create a trippy essence that is introverted, contained within the known world, but no less magical. The second part of the answer deals with the quality of the resulting music, and it is needless to say that it is fucking awesome.