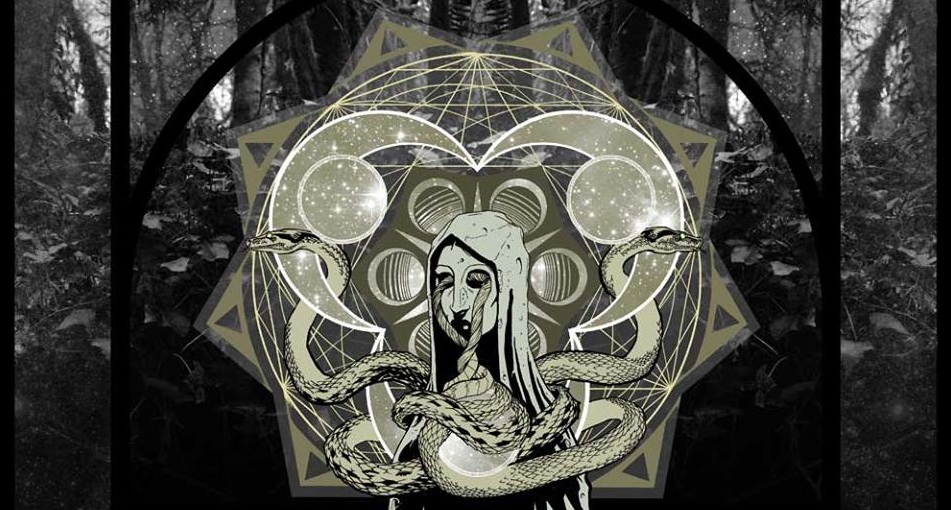 So Sean was on the right path when he called this album perfect in his preview of their new s/t, which we shall now put under the looking glass. This is this Portland-based band’s first release as a four-piece. At times they play a dark hearted Neo-folk with an Appalachian breeze blowing through the melody. The members switch off vocals, resulting in a wide range of moodiness to the gloom, not unlike Sleepytime Gorilla Museum. These kids just don’t engage in the gymnastics and instead weave a dirge-like mourning to the melodies each instrument and voice embraces, while adding another swathe of gray to the sonic tapestry. This is not to say they are not capable of weaving intricate webs of angular beauty, as they do on “Dear Disaster,” it’s just not on the Mr. Bungle level, nor would that sort of thing really work with mood established here. The Sleepy Time comparison is only a stab at defining one element; at some points, I can hear a little Rasputina, at others Murder By Death, namely the Who Will Survive and What Will Be Left of Them album.

The vocal blend on “All the Prisons part 2” confirms that they have really created something unique here. At times, the lyrics carry the indignant unease of post- punk, but the sound track they are setting carries ample dosage of the ever-elusive elegance that I’m always bitching about as the x-factor most of these wannabe goth revival bands don’t get. This gives them more emotional weight, and at times makes them heavy in feeling rather than “metal.” At other times, the lyrics have a romantic disillusionment. The two female singers are particularly stunning on “Dear Disaster.” The cello-driven “Midnight Sun” strips away the multi-layered sound that has prevailed thus far on the album. There is more of a rock feel to “Two of Pentacles.” The vocal performance on this song is one of the album’s most impassioned. The guitar snakes along with a hunger that gives it an almost metal aggressiveness. The sequel to this song is a little more on the ethereal side. This album will appeal to a wide margin – fans of Amanda Palmer, Chelsea Wolfe, Rasputina, Sleepytime as well as Agalloch’s more chill moments will all find something to sink their teeth into. One of the rare albums that achieves this kind of dark beauty with the depth of their songs. This album has become a point of contention, as the first song I played for my girlfriend was “All Prisons part 2,” and she thought it was just more of the droning drug music I like. But then again, she’s not too crazy about the above women I mentioned, but she’s a big Sleepytime fan, and after comparing them to Sleepytime, who encompasses so much her expectations might have been askew. So you have to listen to this as a whole work to really get the full effect, or have been involved with heavy narcotic use for a period of more than five years. Do not play while operating heavy machinery.